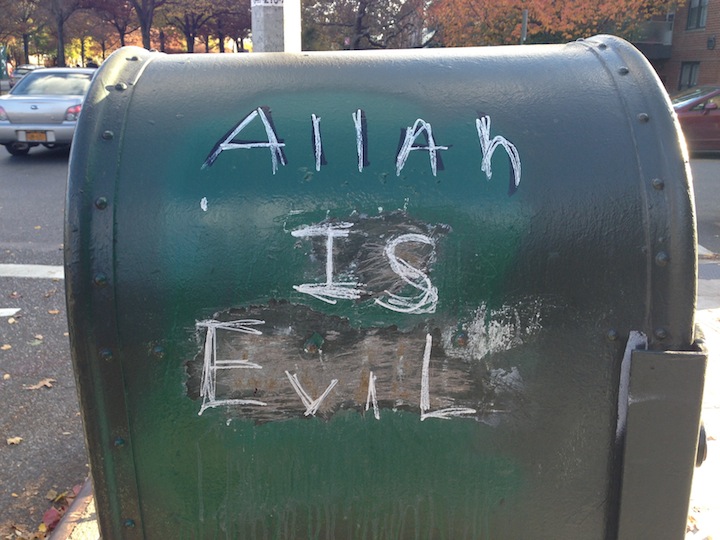 The New York chapter of the Council on American-Islamic Relations (CAIR-NY) today called on local law enforcement authorities and public officials to investigate a recent rash of anti-Muslim graffiti in the Brooklyn neighborhood of Kensington.

The graffiti, including such slurs as “Islam is evil,” “Allah is evil” and “Islam is barbaric,” has been sprayed on mailboxes and other places around the neighborhood recently. Similar graffiti has been spotted in the ethnically-diverse area over the last two years.

“No community should be subjected to this type of anonymous hate campaign,” said CAIR-NY Director of Operations Sadyia Khalique. “We urge local law enforcement authorities and public officials to investigate this ongoing hate vandalism and to bring the perpetrators to justice.”

CAIR-NY recently called for a hate crime investigation of the stabbing of a Muslim food cart vendor by a man reportedly shouting “Go back to your (expletive) country.”