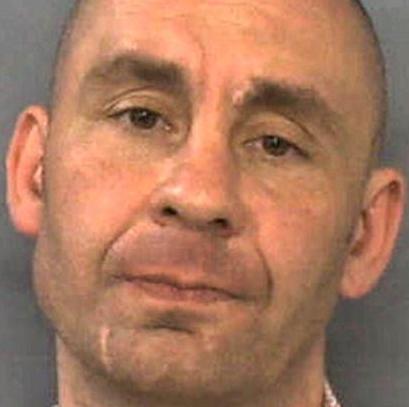 A leader of the English Defence League who was described as a “political prisoner” after being jailed for violence at a march had already been placed on the sex offenders register for downloading indecent images of children, The Timescan reveal.

The far-right group launched a campaign to free Richard Price, co-ordinator of the West Midlands division of the EDL, after he was jailed last month for violent behaviour. But Price, 41, had been convicted in June 2010 of making four indecent images of children, and possessing cocaine and crack cocaine. That conviction followed an earlier arrest in 2009 for public order offences believed to have been connected with EDL marches. Police were understood to have seized and analysed his computer, leading to the discovery of sexual images of children that he had downloaded. His home was also searched and the drugs were found.

Price admitted four counts of making indecent images of children and two charges of possessing cocaine when he appeared at Birmingham Crown Court. He was banned from owning a computer for a year, given a three-year community supervision order and ordered to sign on to the sex offenders register for five years.

Price, from Quinton, Birmingham, and Collum Keyes, 23, also from Birmingham, were among 12 people arrested when they surged through police lines during a protest in Aylesbury, Buckinghamshire, in May 2010. When that case came to court in December, Price admitted using threatening behaviour. He was jailed for three months and given a ten-year Criminal Anti-Social Behaviour Order banning him from attending marches outside Birmingham. Keyes, who admitted disorderly conduct, was fined £150.

When Price was jailed, EDL members launched a campaign urging supporters to write to the Prime Minister and MPs to try to “win justice for Richard Price, EDL”.

The Aston Villa supporter, who has also been linked to football hooliganism, was even likened by his supporters to a modern-day John Bunyan, the Puritan Christian preacher and author of Pilgrim’s Progress who was jailed for continuing his sermons without the permission of the established Church in the 1600s.

But today’s revelation that one of the EDL’s leading members has been convicted of sex offences will come as a huge embarrassment to a group that has struggled to shrug off its reputation as a new version of the National Front.

In recent months, particularly following the political demise of the British National Party, the EDL has begun to attract more support. Its leader, who had previously used the alias Tommy Robinson, was traced by The Times and gave his first interview using his real name. Stephen Lennon has vehemently denied that the group he started in Luton, Bedfordshire, is racist, saying that it has even set up a gay and lesbian division and given a prominent role to a Sikh supporter opposed to Islamic extremists.

Supporters of the EDL had claimed that Price became a political prisoner after he, along with Keyes, was banned from organising, controlling or travelling to any open-air protest outside Birmingham for ten years. It was the first time a Criminal Anti-Social Behaviour Order, sought by Thames Valley Police in conjunction with the National Domestic Extremism Unit, had been issued to a demonstrator connected to the EDL.

Last month, a database of EDL supporters was published on the internet. Hackers had attacked the group’s database of those who had made donations to the EDL and people who had bought clothing from its merchandise wing.

Read the defence of Price by Stephen Lennon (“Tommy Robinson”)here. According to Lennon, “Mr Price has no idea what these photos are and how they where [sic] on his computer.” Yeah, right.

You’ll note, by the way, that “Tommy Robinson” claims that “although Pricey is a trusted member, at no time has pricey ever been a leader of the EDL”. This is the same “Tommy Robinson” who just seven months ago wrote: “The EDL has only this Leadership, just for the record….Myself, Trevor Kelway, Marshy, Jack Smith, Joel Titus and Richard Price. We are the earliest founding members.”