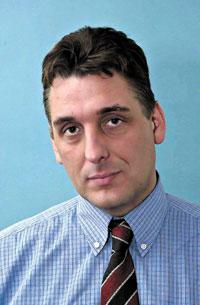 Media coverage of the police figures for so-called “honour” crimes in the UK, revealed by the Iranian and Kurdish Women’s Rights Organisation in association with the Guardian, was generally fairly balanced, avoiding the Islamophobic stereotyping of the Muslim community that you might have anticipated. Even the Daily Star managed to report the issue without blaming Muslims.

The exception was the Daily Mail, which headlined its report “Alarming rise of Muslim ‘honour attacks’ in the UK”. This irresponsible accusation against British Muslims was predictably endorsed by Robert Spencer at Jihad Watch (“The Daily Mail headline goes straight for the elephant in the room: this is largely a phenomenon within Muslim communities in Britain”), while his friend Pamela Geller of course agreed (“As Muslim immigration increases, so does sharia, misogyny and gendercide”).

The ignorance and bigotry underpinning such views hardly need underlining. As a Metropolitan Police spokesperson told the Mail: “Honour-based violence cuts across all cultures, nationalities and faith groups – it is a worldwide problem.” Honour attacks are a problem in Hindu-majority India, for example, but are not evident in the world’s most populous Muslim country, Indonesia. Even contributors to the comments on the Mail‘s article were able to make the obvious point that honour-based violence is a cultural rather than a religious phenomenon.

It was notable that the Iranian and Kurdish Women’s Rights Organisation itself made no claim that Muslims were exclusively or disproportionately responsible for honour crimes in the UK. This was by no means because IKWRO suffers from over-sensitivity towards Muslims and their faith. It is a hardline secularist organisation that lines up with the Islamophobic right on a number of issues – supporting the French ban on the veil, for example, and backing the anti-sharia bill tabled by Geert Wilders’ ally Baroness Cox. But IKWRO is sufficiently familiar with the situation on the ground to know it makes no sense to depict honour attacks as a specifically Muslim problem.

There are no official figures for honour crimes in the UK broken down according to the faith of the victims and perpetrators. However, IKWRO director Diana Nammi has been quoted as saying that honour-based murders in the UK occur mostly in the Muslim, Hindu and Sikh communities, with Muslims responsible for around two-thirds of these crimes. Based on the last available census, the total Muslim-Hindu-Sikh population of the UK is 2,485,000, of whom 1,591,000 are Muslims – 64% of the total. Which would indicate that Muslims are no more likely to carry out such murders than Hindus or Sikhs are.

You might think that all of this was pretty obvious, and that nobody with half a brain or a shred of intellectual honesty would buy the Islamophobic myth that Muslim communities are inspired by their faith to commit acts of violence against young women. You should try reading a piece posted by Robin Shepherd on his website The Commentator. Entitled “BBC reveals huge scale of honour attacks in Britain, fails to mention the word ‘Islam'”, this poisonous article is worth quoting at length, in order to convey how deeply unpleasant it is:

The families giving the orders, as well as the victims, are in all, or almost all, cases Muslim. Surprised? No, of course you’re not. Honour attacks ranging in brutality from beatings to murder are commonplace in many parts of the Muslim world.

Since Britain, like many other European countries, has imported sizeable Muslim communities, which are to a significant degree unassimilated, the cultural practices of the old country have survived the transition to the new….

Enter the BBC, which reported on the matter in a lengthy, 700-plus word article and failed to mention the words “Muslim”, “Islamic” or “Islam” even once. As I write this I am flicking back to the story itself so I can double check using the Find function. Could I be mistaken? Here goes: “Islamic”? “No Matches”. “Muslim”? “No Matches”. “Islam”? “No Matches”.

This is how societies go down: when matters of the profoundest significance to their character, and potentially their very existence, have been rendered undiscussable by the people that set the terms of public debate.

Clearly the people who wrote and edited that story should be dismissed. They won’t be of course because the mind-numbing, multiculturalist narrative that demanded censorship of the salient evidence is effectively institutionalised as the dominant narrative across the BBC as well as the wider liberal establishment.

So be it. Go ahead and have a conversation about deep-seated problems inside the fastest growing demographic group in Europe without mentioning what that group is. The quality of your discussion will be moronic. But you reap what you sow.

Shepherd goes on to berate Sky News and the Daily Telegraph, not generally known as warm supporters of the UK’s Muslim community, for following the BBC in its “politically correct” suppression of the supposed link between Islam and honour crimes.

This is the kind of foam-flecked rant you might expect to read on some extreme “counterjihadist” blog of the sort that inspired Anders Breivik. But Shepherd is Director of International Affairs at the Henry Jackson Society, which is advertised as a sponsor of The Commentator site. Nor is Shepherd the only raving anti-Muslim bigot to hold a prominent position in the HJS. Douglas Murray (“Why is it that time and again the liberal West is crumpling before the violence, intimidation and thuggery of Islam? … All immigration into Europe from Muslim countries must stop…. Conditions for Muslims in Europe must be made harder across the board”) is an Associate Director of the organisation.

Yet the Henry Jackson Society serves as the secretariat for two All-Party Parliamentary Groups – on Homeland Security and Transatlantic & International Security. The former’s objective is to “provide parliamentarians with up-to-date information and analysis on homeland security and national resilience issues”, while the latter provides the same service in connection with “international security issues, global defence concerns, international incidents and the efforts being made to comment and react to them in Britain and abroad”.

Do MPs and peers really think it appropriate that an organisation like the HJS should hold the position of secretariat to officially recognised parliamentary groups which seek to influence government policy on domestic and international security issues? Andrew Gilligan, Paul Goodman and the Jewish Chronicle waged a vicious campaign to remove ENGAGE as the secretariat to the APPG on Islamophobia, falsely accusing them of political extremism and antisemitism. But Gilligan, Goodman and the JC have nothing to say about the parliamentary role of an organisation headed by real extremist bigots like Robin Shepherd and Douglas Murray.