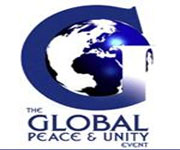 Salma Yaqoob defends the Global Peace & Unity event against an attack from the increasingly demented David Toube at Harry’s Place:

“The Global Peace & Unity event has an exemplary record of promoting peace and harmony between Muslims and non-Muslims and this event will be no different than previous ones.

“The real intention behind the attacks on it by the rabidly pro-Israeli Harry’s Place website is to further restrict freedom of speech for the British Muslim community.

“These follow similar attacks on the IslamExpo event. Any Muslim gathering which discusses the disastrous impact of Western foreign policy now finds itself accused of promoting ‘grievance politics’, and a ‘victim mentality’.

“The impression is created that all Muslims who are critical of the impact of foreign policy – and certainly any Muslim who recognises the rights of those in Palestine, Afghanistan and Iraq to resist the occupation of their countries – are aiding those who preach the language of violent extremism here.

“The kind of politics motivating these attacks on the GPU and IslamExpo events is highly dangerous. If, inside the Muslim community, the public space to even discuss concerns and distress over foreign policy gets squeezed, a dangerous vacuum is created. This can be filled by the real extremists who will claim to share our genuine concerns about the injustice at the heart of British foreign policy, but promote only violent solutions and reject peaceful and democratic routes as pointless.

“There is a dangerous hypocrisy in the way those criticising the GPU event uphold the sanctity of western lives but deny the humanity of those people dying abroad as a consequence of the policies of our governments. They claim Muslims need to condemn more vociferously the atrocities against Western innocents whilst remaining silent themselves in the face of thousands slaughtered in the name of Western governments. I have been consistent in condemning both. We should seek to ensure the safety and the human rights of all people – be they in Baghdad or Birmingham.

“We should also challenge and seek to eradicate hateful ideologies which seek to divide us, whether this is Islamophobia, anti-Semitism or any other form of racism. My commitment is to a politics that unites all those in favour of peace, justice and equality, irrespective of their race or religious belief. I am proud to be able to use the platform and global audience the GPU event provides to that end.”