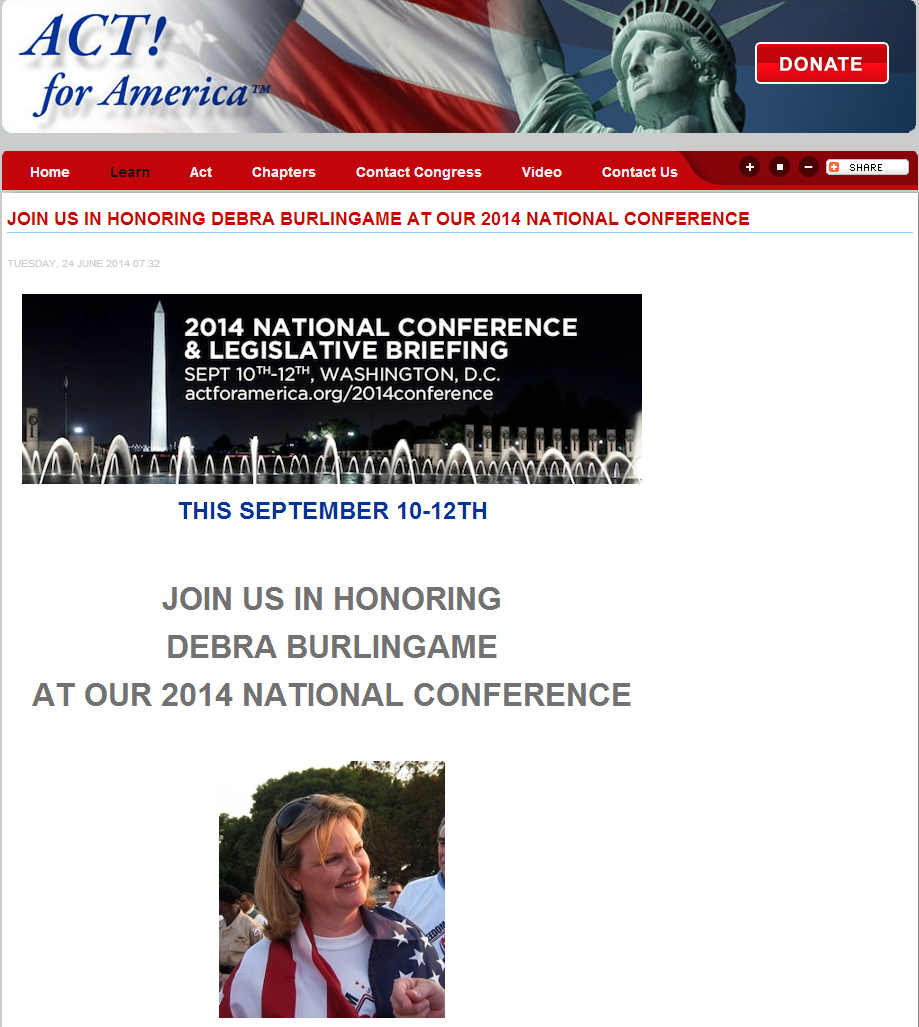 “Brigitte Gabriel’s” [a.k.a – Hanah Kahwagi Tudor] anti-Islam hate group ACT! for America has announced that it will honor September 11 Museum Board Member Debra Burlingame at its upcoming conference in Washington, D.C., to be held on September 11. In recent weeks, mainstream media have focused on Gabriel’s hateful tactics after her berating of a female Muslim attendee at a recent Heritage Foundation event.

Tudor, who goes by the pseudonym “Brigitte Gabriel,” has said Arabs have “no soul” and that Islam is the “real enemy.” The Southern Poverty Law Center lists her as one of the “Anti-Islam Inner Circle.” The Anti-Defamation League (ADL) says Gabriel’s beliefs are extreme, while the New York Times described her as an “Islamophobe.”