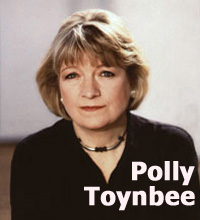 “Race and religion are different – which is why Islamophobia is a nonsense and religious hatred must not be outlawed.” Thus the standfirst to an article in today’s Guardian.

Now, who do you think wrote this article? Was it:

a) a Muslim of South Asian/Middle Eastern/African origin with direct experience of the association between racial and religious hatred, manifested in Islamophobia; or
b) a white secularist who has suffered none of this sort of hatred and never will?

Difficult, I know, so we have provided a picture clue.