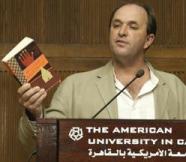 “For all our achievements in and emancipating women and slaves, in giving social freedoms and human rights to the individual; for all that is remarkable and beautiful in our art, literature and science, our continuing tradition of arrogantly asserting this perceived superiority has led to all that is most shameful and self-defeating in western history.

“The complaints change – a hundred years ago our Victorian ancestors accused the Islamic world of being sensuous and decadent, with an overdeveloped penchant for sodomy; now Martin Amis attacks it for what he believes is its mass sexual frustration and homophobia. Only the sense of superiority remains the same. If the East does not share our particular sensibility at any given moment of history it is invariably told that it is wrong and we are right….

“Last week, the Islamic world showed us the sort of gesture that is needed at this time. In a letter addressed to Pope Benedict and other Christian leaders, 138 prominent Muslim scholars from every sect of Islam urged Christian leaders ‘to come together with us on the common essentials of our two religions’. It will be interesting to see if any western leaders now reciprocate.

“We have much to be proud of in the West; but it is in the arrogant and forceful assertion of the superiority of western values that we have consistently undermined not only all that is most precious in our civilisation, but also our own foreign policies and standing in the world. Another value, much admired in both East and West, might be a simple solution here: a little old-fashioned humility.”

For an alternative view of the Muslim scholars’ letter – “Masquerading as the promotion of peace through emphasising characteristics that these religions apparently share, it instead effectively puts a scimitar to the neck of the Christian church and says: ‘Peace on our terms'” – see Melanie Phillips’s Diary, 12 October 2007