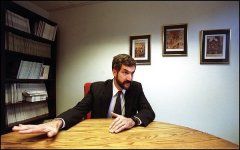 “As the full implications of the London terrorist attacks by domestic jihadis sink in, Westerners are speaking out about the problem of radical Islam with new clarity and boldness. The most profound development is the sudden need of the British and others to define the meaning of their nationality. In the face of the Islamist challenge, historic identities once taken for granted must now be codified. This can be seen on a diurnal level, where Islamist assertion has provoked a new European willingness in recent months to stand up for tradition….”

Daniel Pipes welcomes the start of “a broader campaign to restrict and remove Islamists – a move that comes none too soon”.