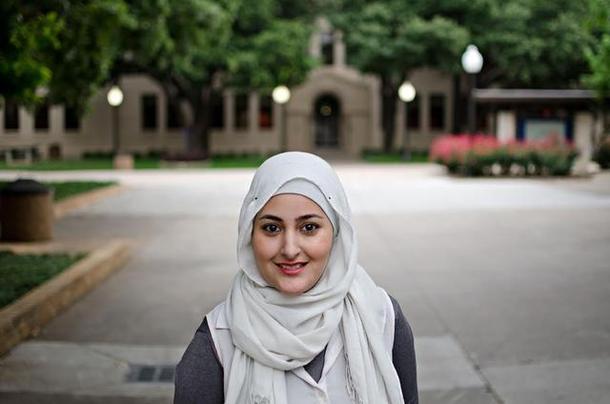 Even conservatives were quick to criticize a Keller school trustee’s bigotry. But while most of north Tarrant County denounced Jo Lynn Haussmann’s Muslim-bashing last week, another story unfolded in downtown Fort Worth.

UT Arlington senior Heba Said, opinion editor of The Shorthorn, wrote Wednesday about the disgusted looks and comments of “you people” and “y’all Muslims” directed her way as she covered the Republican state convention.

In one panel session, a prominent official of the Republican Party of Texas repeatedly described all Muslims as Islamists. At an autograph event for U.S. Sen. Ted Cruz, Fort Worth police circled Said and then followed her.

Said, 22, is a star student, a Texan and a graduate of Trinity High School in Euless, one of the nation’s most diverse and successful schools. Her column answered convention delegates’ persistent question, “Where are you from?” “I am an American,” she wrote. “The question is, are you?”

Said’s appehension about the convention was borne out, she wrote: “I discovered a cult-like hatred that is simply disgusting.”