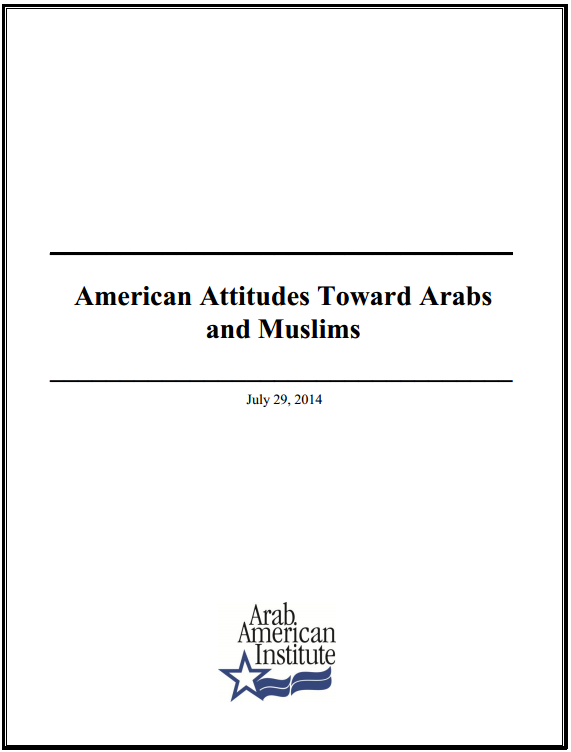 How Americans view Arabs and Muslims has gotten worse in recent years, with negative feelings strongest among Republicans and senior citizens, according to a poll released on Tuesday.

Only 27 percent of Americans have a favorable opinion of Muslims, down from 35 percent in 2010, according to the Zogby poll, commissioned by the non-profit Arab American Institute. Favorable attitudes toward Arabs dropped to 32 percent from 43 percent in 2010.

The poll also found that 42 percent of respondents believe an American Muslim’s religion would influence his or her decision making in an important government job. The same percentage believe it is justified for law enforcement to profile Arab Americans or American Muslims.

“For me, the biggest concern in the poll is not just that people don’t like us, but what not liking us translates to,” said Institute president Jim Zogby, who is of Lebanese descent. He said attitudes towards profiling and Arabs and Muslims in government posts “affect our ability to function as communities here.”

The poll also found sharp partisan, racial and generational divides. For example, 59 percent of Republicans and 53 percent of people 65 or older agree with profiling Arab Americans or Arab Muslims, compared with 32 percent of Democrats and the 18-29 age group. Only 29 percent of non-whites favor profiling, compared with 47 percent of whites.

Zogby noted that many Americans falsely conflate Arab and Muslim communities, assuming that most Arab Americans are Muslim, when less than a third are, and that most American Muslims are Arab, when less then a quarter are.

At least 3.5 million Americans are of Arab descent, of which the largest portion, or 27 percent, are Lebanese, followed by Arabic, Egyptian, Syrian and Somali, according to the Institute’s website.

The poll surveyed 1,110 likely voters in late June, with a margin of error of plus or minus 3 percentage points. 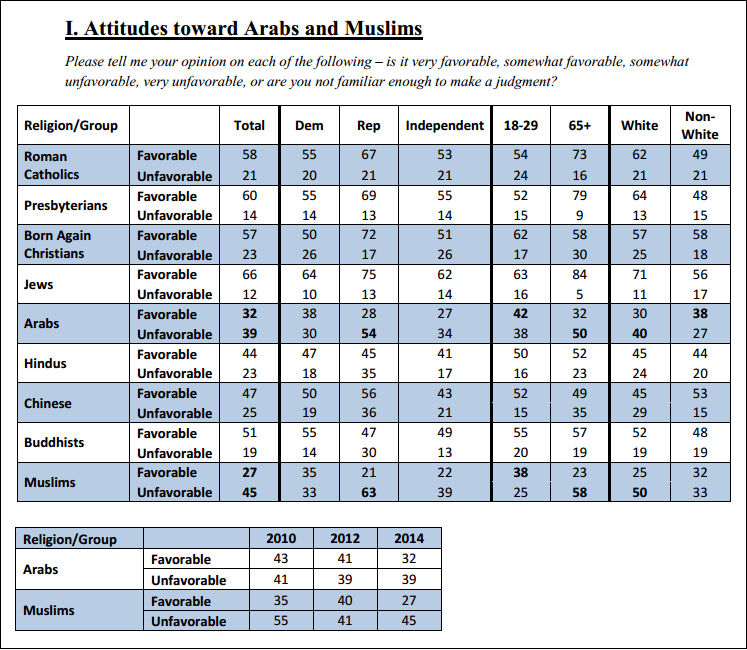