Many adults in the United States are against a proposal developed by the Dutch government that seeks to ban Islamic veils, according to a six-country poll by Harris Interactive published in the Financial Times.

59 per cent of Americans believe Islamic women should have the right to wear the garments if they wish to do so. 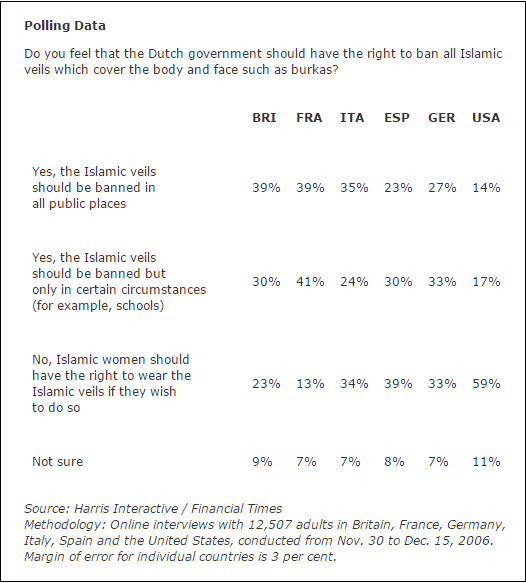