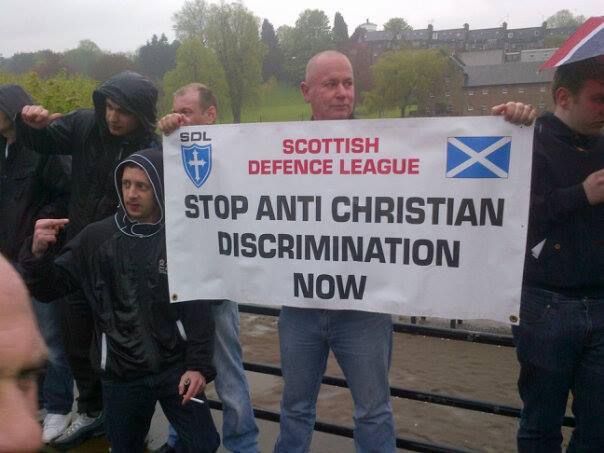 The Scottish Defence League’s anti-mosque protest in Dumfries yesterday (which had been publicly repudiated by local people) attracted a small turnout – from photographic evidence, fewer than 30 people, though the SDL itself claimed “100 patriots” were in attendance. Despite the low numbers, it still resulted in four arrests.

The SDL were confronted by a lively counter-demonstration organised by Dumfries Trade Union Council which evidently won the support of three passing superheroes. 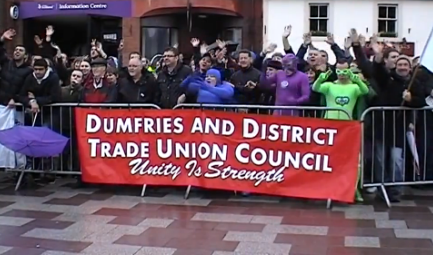