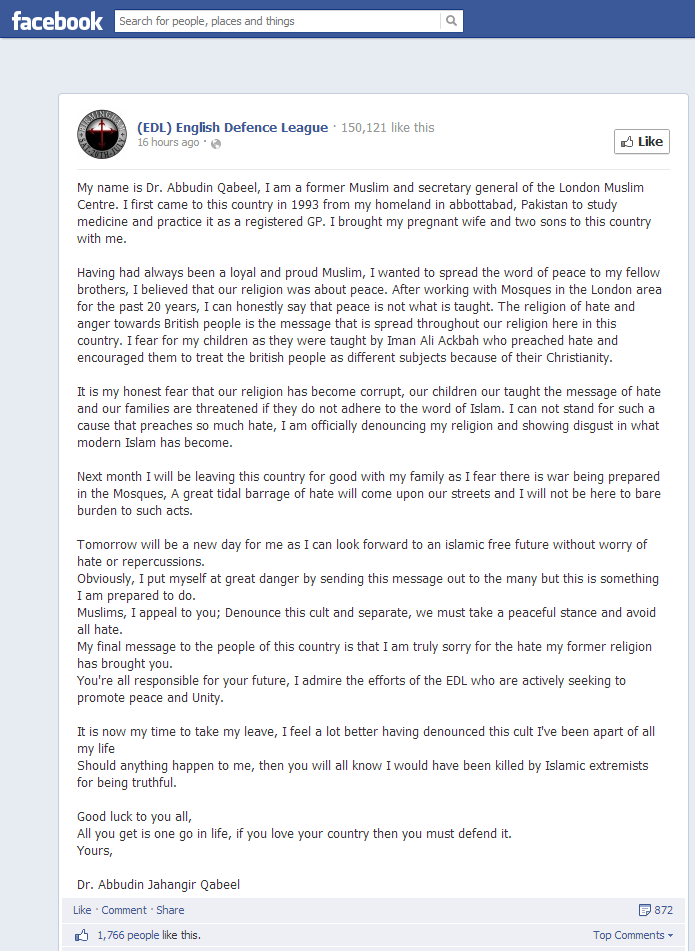 This transparent forgery was posted on the EDL Facebook page yesterday. It immediately provoked comments along the lines of “There will be a war. Just a matter of time”. The EDL’s motive is presumably to whip up support for their proposed march in Tower Hamlets, now set for Saturday 7 September.

A search for “Abbudin Jahangir Qabeel” reveals a fake Facebook page originally set up in the name of “Darren Stockford” (evidently another phoney identity), whose “likes” include the English Defence League, the EDL Armed Forces Division and the far-right Australian Protectionist Party. (It has been claimed that Joshua Bonehill of Woolwich Strong notoriety is behind this.)

You might think that promoting such an obvious fraud would backfire on the EDL leadership – but you’d probably be wrong. The irrationality of EDL supporters’ attitude towards Islam is such that they’ll react with outrage and anger to any anti-Muslim story, however fictitious and nonsensical it may be.