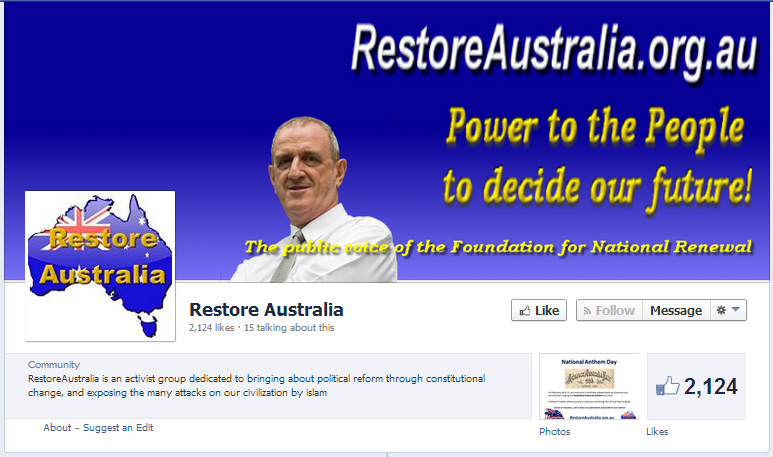 Bendigo has become a rallying point for a loosely affiliated network of right-wing and anti-Islamic groups providing cash and support for the fight to block the city’s first mosque.

The Bendigo campaign, which included the spread of black balloons, is just the latest in a string of challenges to the development of Islamic schools and prayer centres across Australia that have been linked to a handful of political groups and individuals.

Former Queensland One Nation candidate Mike Holt, the chief executive of non-profit organisations Restore Australia and Islam4Infidels, says his groups raised the money to hire a Sydney-based lawyer to fight the mosque proposal. “They use the mosques as a centre for jihad. These things are not like the tea and coffee churches,” Mr Holt said.

Another lobby group, the anti-Islamic Q Society, held a meeting in Bendigo on May 11 to talk to locals about how the mosque would affect their community and how to fight it.

Mr Holt, who is based on the Sunshine Coast, is also acting as a spokesman for the “Concerned Citizens of Bendigo”. The group claims to be local, but its members have refused to identify themselves. “We don’t give interviews because of security,” an anonymous administrator of the “Stop the Mosque in Bendigo” group told Fairfax Media.

The Concerned Citizens of Bendigo website has a private URL, but has been created by the same web design firm that created the Restore Australia website.

The former IT business owner hired Sydney lawyer and prominent Christian Robert Balzola to challenge the Bendigo mosque’s planning permit application. “We’re providing a lot of financial help and other help there [in Bendigo],” Mr Holt said, although he would not say exactly how much cash had been raised. “It’s a good amount of money,” he said.

On the weekend he spoke at a Catch the Fire Ministries event in Sydney, which was also attended by the Defence Force Conservative Action Network’s Bernard Gaynor, an outspoken campaigner whose organisation also filed an objection to the Bendigo mosque. The objection, which was posted on the DEFCAN website, argues the Bendigo mosque would be contrary to ensuring peace and good order in the city.

There were 254 objections submitted to the council and of those 171 cited the influence of Islam and its association with violence and terrorism as their grounds for objection, according to council minutes. Although the local community appears to be receiving substantial outside support, the majority of the objections lodged, 203, were from people who reported that they lived in the Greater Bendigo region.

Spokesman for the Australian Federation of Islamic Councils, Keysar Trad, said it was disappointing outside groups had been trying to import “hate” into the Bendigo community. He said the Muslim community had been monitoring the Bendigo development with “some amusement”, but also concern the divisive debate would “take Australia backwards”.

“It really breaks our heart. You sit there thinking the people who [hold these anti-Islamic views] could be a potential teacher … if these people have these terrible negative views they are likely to discriminate against our children.”