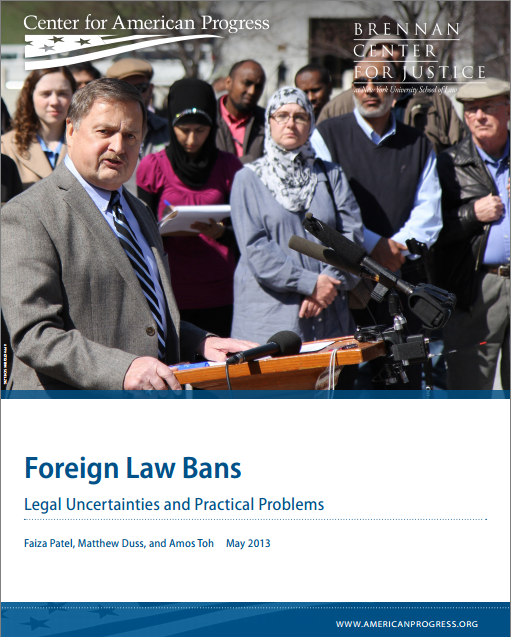 A new report from the Center for American Progress and NYU’s Brennan School for Justice says that the anti-foreign law campaigns being waged in state legislatures throughout the United States are actually meant to target Muslims and may actually have an unintended effect of complicating legitimate legal disputes involving foreign countries and nationals.

“Although packaged as an effort to protect American values and democracy, the bans spring from a movement whose goal is the demonization of the Islamic faith,” write CAP’s Matt Duss and the Brennan Center’s Fazia Patel and Amos Toh. “Beyond that, however, many foreign law bans are so broadly phrased as to cast doubt on the validity of a whole host of personal and business arrangements.” The authors explain how the campaign originally began as an “anti-Sharia” movement and then evolved into a more focused push to ban foreign law.