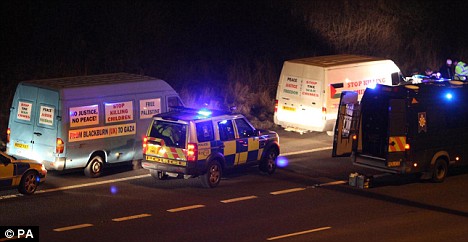 Police chiefs have been urged to give a public apology to the Muslim community in Lancashire over their handling of recent terror arrests. Nine men, from Burnley and Blackburn, were arrested on the M65 near Preston but later released without charge.

At a meeting attended by 200 people on Sunday in Blackburn, Lancashire Police were asked to apologise. Cmdr Andy Rhodes refused to give a full apology but said the incident was “regrettable”.

Ibrahim Master, a former chairman of the Lancashire Council of Mosques, said there has been disappointment about the way the men were treated.

Two vans and an ambulance were travelling in convoy to London last month when they were stopped by counter-terrorism officers. Although six men were later released, three faced extended questioning and several homes in Burnley were also searched.