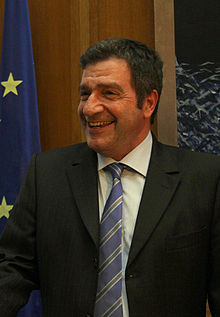 Athens Mayor George Kaminis said the pending opening of the first official mosque in Greece, being built in Athens by the government, will pave the way for more, as many as two or more in each district of the city, spreading the influence of Islam.

During a meeting of the city’s council, Kaminis, a supporter of the mosque that some critics, such as the neo-Nazi Golden Dawn party and some Greek Orthodox Church officials are trying to block, defended the construction “for obvious reasons of political equality and defense of the right to free exercise of religion” but also “for practical reasons, in order to put in order the irregular creation of such informal places.”

He said that he raised the issue during his recent meeting with the minister of Education and  added that “the creation of a central mosque in Athens opens the way to start the licensing process for spaces that fulfill the requirements, which are operating as informal places of worship, so that one or two per district will operate legally.”

Muslims in Greece are now using makeshift mosques, including in basements and garages, and there are an estimated 120 of them in daily use.

As you can see from the headline chosen for this report (“Athens mayor says more mosques coming”) and the reference to “spreading the influence of Islam”, opposition to Muslims’ right to worship is not restricted to the neo-Nazis of Golden Dawn or officials of the Greek Orthodox Church.