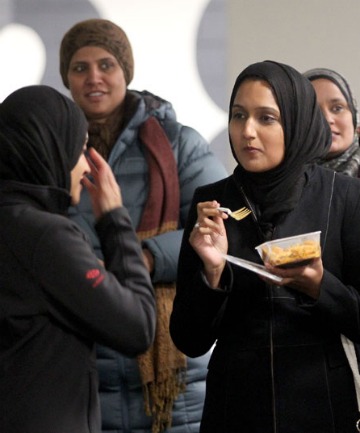 Muslim women in New Zealand want to lift the “veil of ignorance” surrounding the way they dress. They say women who choose to cover their faces do so out of personal choice, with one comparing it to the veils worn by nuns.

About 60 women gathered at Auckland University on Friday night to discuss “Hijab in the West”, organised by the Young Muslim Women’s Association to discuss the Muslim headscarf and veil.

The women-only meeting was organised before it was revealed last week that a bus driver refused entry to a woman in a veil in May. The Saudi Arabian student was left crying on an Auckland street when the bus driver refused to let her board because of her veil. In another incident two days earlier, a driver for the same company, NZ Bus, told another woman to remove her veil.

For an example of the ignorance Muslim women in New Zealand are up against see here.