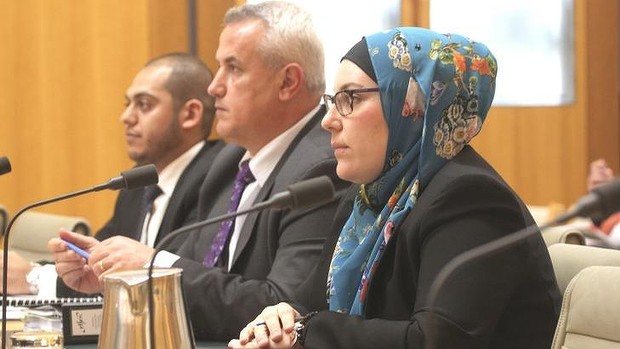 A Muslim cleric who preaches from certain passages of the Koran could be caught in the “broad” net of the government’s new anti-terror law, Islamic leaders have warned.

Grand Mufti of Australia Ibrahim Abu Mohammad and the Australian National Imams Council have called for the offence of “advocating terrorism” to be removed from the so-called Foreign Fighters Bill, currently before Parliament.

They went public with their opposition on the same day Prime Minister Tony Abbott backed the draft legislation as essential to reining in “preachers of hate”, including the radical Islamic group Hizb ut-Tahrir. The organisation is hosting a lecture in Lakemba on Friday to denounce “the politics and plots of the American-led intervention in Iraq and Syria” and Mr Abbott has conceded that the current legal framework is not sufficient to shut the event down.

The imams council said a cleric could fall foul of the new law even if he simply “advocated the duty of a Muslim to defend his land”.

“We are therefore concerned that the proposal has serious implications on free speech and will have a chilling effect on legitimate religious and political debate,” the council – representing 250 imams – said in a submission to the Parliamentary Joint Committee on Intelligence and Security.

Appearing in front of the committee on Wednesday, members of the Muslim Legal Network said the laws, introduced by Attorney-General George Brandis, should target the extreme fringe, not mainstream Muslims. They said any religious community could face being charged with a terror-related offence “if they refer back to stories in the Quran, Bible and Torah in their sermons”.

It is documented the al-Qaeda handlers of the 9/11 suicide pilots had urged them to dwell on passages in the Koran in which God promises to “cast terror into the hearts of those who are bent on denying the truth; strike, then, their necks!” But some scholars have pointed out that the Old Testament is just as violent in its imagery, including Psalm 137 which threatens Babylonians that “blessed shall he be who takes your little ones and dashes them against the rocks”.

In its submission, the Islamic Council of Victoria said the new law would incriminate Muslims who support “legitimate forms of armed struggle”, including resistance to the Assad regime in Syria and the Palestinian conflict with Israel.

“The broad definition of ‘terrorism’ and the way in which it is sometimes selectively applied to such groups is problematic … [and] the power of the Attorney-General to list terrorist organisations without oversight and consistency exacerbates this problem,” it said.

“Broadening this definition to include ‘foreign incursions’ and ‘treason’ when Australia already has laws which deal with these further muddies the water on the issue of what can be considered terrorism and what should be considered legitimate resistance to oppression. Criminalising the act of ‘advocating terrorism’ adds another layer of complexity to this issue. The scope of what constitutes ‘advocating terrorism’ is unclear.”

The council identified what it says is a double standard in Muslims wanting to go to Syria and Iraq to provide aid having their passports cancelled “while ignoring the travel of Zionist Jews wishing to travel to Israel – a state which illegally occupies Palestinian territory with intention of fighting in a war against Gazans and has been accused of war crimes”.