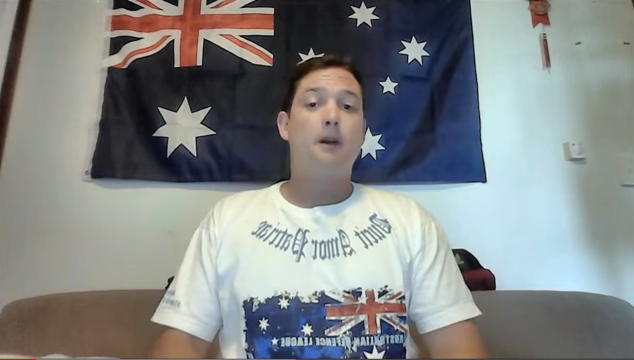 The head of the Australian Defence League is one of three people who have been charged over a brawl near a mosque in Sydney’s west overnight.

Ralph Cerminara and a second member of controversial anti-Islamic group will face court on Tuesday after they were arrested in Lakemba on Monday night and charged with affray. A third man, who is not a member of the league, was also arrested during the brawl and has been charged by police.

Officers were called to Haldon Street in Lakemba about 8.40pm on Monday to break up a fight involving about 10 men. “Police have been told the fight followed derogatory remarks allegedly made by two men towards people attending the mosque,” a NSW Police spokeswoman said.

A male police officer who attempted to break up the brawl suffered a broken shoulder, and is expected to undergo surgery on Tuesday. The three men arrested were initially taken to Canterbury Hospital where they were treated for minor injuries.

They were then taken to Campsie Police Station, where Mr Cerminara and the other Australian Defence League member were charged with affray and behaving in an offensive manner in or near a public place. They were refused police bail to appear in court on Tuesday.

The third man was charged with affray, and was released on police bail to appear in court next year.