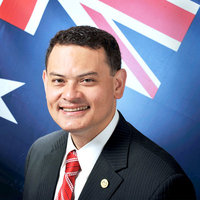 Preachers of Islamic extremism should be barred from Australia, a federal MP says. Michael Johnson, a lower house independent, has also called for a debate on banning the burqa.

He said Prime Minister Julia Gillard and his former boss, Opposition Leader Tony Abbott, needed to repudiate the leadership of Hizb ut-Tahrir, a global Islamic group which wants Australian Muslims to reject democracy. “Join together and repudiate the extremism of this global movement and … guarantee that none of its international preachers ever receive a visa to step on to Australian soil again,” Mr Johnson said in a statement.

The release was issued in response to an article in The Australian which reported Hizb ut-Tahrir leaders urging participants in a western Sydney conference to join the struggle for a transnational Islamic state.

Mr Johnson said Australia’s Judeo-Christian heritage promoted inclusion, openness and transparency. “It is not our culture to exclude, nor is it one that aims to suppress women’s rights of equality, openness and full political participation,” he said. “Therefore, let us have a full and fearless debate on whether women should be required to wear the head to toe covering niqab, or the burqa.”

Mr Johnson’s comments make him potentially the most vocal Queenslander to criticise a minority group since Pauline Hanson said in her 1996 parliamentary maiden speech that Australia was in danger of being “swamped by Asians”.

Johnson evidently suffers from an irony by-pass. You’ll note that he calls for representatives of a peaceful if highly sectarian Islamist organisation to be denied entry to Australia, while simultaneously declaring that “it is not in our culture to exclude”. Clearly Australia’s “Judeo-Christian heritage”, is not without its contradictions.