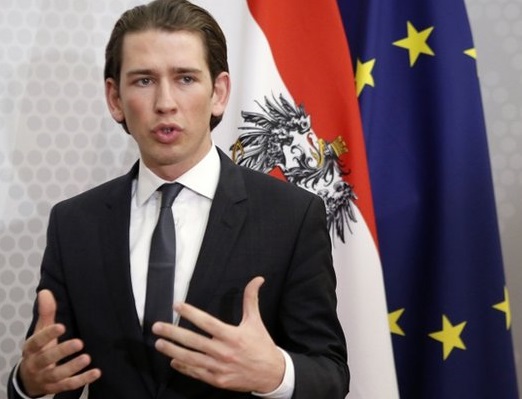 A row has broken out in Austria over government plans to overhaul the country’s century-old law on Islam. The new draft, which is partly aimed at tackling Islamist radicalism, forbids any foreign funding. But Austria’s official Islamic Community says it reflects a widespread mistrust of Muslims and fails to treat them equally.

Islam has been an official religion in Austria since 1912. The Islam law, the “Islamgesetz”, was brought in by the Habsburg Emperor Franz Joseph, after Austria’s annexation of Bosnia-Herzegovina. Under the law, Muslims, like Catholics, Jews and Protestants, are guaranteed wide-ranging rights, including religious education in state schools.

Carla Amina Baghajati from the Islamic Community says the old law has served as “a kind of a model in Europe” and done much to integrate and anchor Muslims into Austrian society. It shows how recognition of Islam makes Muslims feel accepted, she says. “Their loyalty towards the state comes automatically.”

Roughly half a million Muslims live in Austria today, around 6% of the population. Many of them have Turkish or Bosnian roots.

After more than 100 years, most agree that the Islam law needs to be updated to reflect the realities of modern Austria. But some parts of the government’s draft legislation have caused controversy, in particular a proposed ban on any foreign funding for mosques or imams. The Islamic Community says that does not fit with the principle of equality.

But Austria’s Minister for Foreign Affairs and Integration Sebastian Kurz told Austrian Radio (ORF) that the ban was a necessary step. “With other religions, there is not the challenge that we have to fear influences from abroad and therefore have to be stricter with financing,” he said. “We want an Austrian form of Islam. Every Muslim in Austria should be able to practise his religion properly, but we don’t want influence and control from abroad.”

Relations between Muslims and Austria’s Catholic majority have been relatively calm, compared with many other European countries. But there are tensions.

The far-right Freedom Party, which has seen a surge of support, has taken to warning against what it calls “Islamisation”. At a Freedom Party Oktoberfest, Vienna district councillor Helwig Leibinger said many Muslims in Vienna were too foreign. “They cannot be integrated very well, because the women wear the burka or something like that and they don’t want to be real Austrians. They try to be Turkish.”

In recent months, public concern has also been growing over reports of Muslims from Austria joining jihadist groups in Iraq and Syria, including two teenage girls from Vienna.

Fifteen-year-old Sabina Selimovic and Samra Kesinovic, 17, born to Bosnian refugees in Austria, went missing in April. In a recent interview with Paris Match by text message, Sabina said that she and Samra had married Islamic State fighters in Syria. They have been dubbed “poster girls for jihad” in the Austrian media.

The Austrian government said in August that Islamist militancy was on the rise. Officials have said around 150 people, including 44 Austrian citizens, have left to join groups such as Islamic State.

Radicalisation is certainly a problem, says Gudrun Harrer of Der Standard newspaper, but not a topic for the Islam law. “We should keep these discussions separate,” she says. “It seems that Austria has a relatively bigger problem with radicalism [than others] when compared to the size of the population.

She sees the influx of refugees from Chechnya in recent years as being part of the issue, rather than Austria’s historical Islamic communities. “You don’t come from well-taught Islam to radicalism. You generally come from nothing to radicalism,” she says.

The draft law has also been criticised by constitutional experts, who say that some of its provisions fail to treat Muslims equally.

Professor Stefan Hammer from the University of Vienna says, while it is legitimate for the government to try and prevent misuse of donations from abroad, a blanket ban on foreign funding for the Islamic Community is constitutionally very problematic. “Financing of religious communities is part of their internal affairs. This does not mean the state may not address any aspect of that, but it has to be proportional,” he says.

Other religious groups and churches receive external funding, notably the Russian Orthodox Church from Moscow, so differentiating between religions would clearly be excessive, he believes. “It would be a clear breach of the principle of equal treatment.”

Carla Amina Baghajati from the Islamic Community says the draft is infused with “a spirit of mistrust”, which she fears could play into the hands of the radicals.

“The radicals make use of the identity question, telling people: ‘Look at the European societies, you won’t ever be on the same level, you will always be an outsider. They won’t accept you, so come and join us.’ This is very dangerous. We have to help young people to find their identity and the law is one of the important pieces in this identity building. It has helped in the past and we want it to help in the future.”

The draft law is currently being examined and considered in detail. It could be put to a vote in Austria’s parliament this month.

Omar Al-Rawi from the Islamic Community says that if the controversial parts of the law are not changed, they will consider taking the fight to Austria’s Constitutional Court.