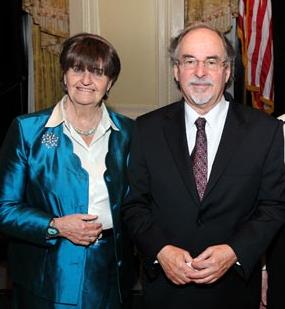 Richard Bartholomew draws our attention to the interesting news that the Sun and Daily Mail have withdrawn their reports of Baroness Cox’s speech at the Christian Broadcasting Council symposium at the House of Lords earlier this week, in which she warned of the threat from sharia law in the UK.

An email from Cox replying to a complaint about her reported statements on sharia has been posted on Expose. It reads: “Thank you for your email of yesterday, raising your concern over the words printed in the Sun newspaper (21 March) which were attributed to me. I emphasise that I did not make the remark and the Sun has apologised to me personally and I hope will publish a correction.”

It seems likely that Cox’s objection was to the Sun‘s claim that she had warned that “stoning, whipping and amputations could become common punishments in the UK if hardline Sharia law is allowed to thrive”. However, the only direct quotation from Cox that appeared in the Sun report was: “We do not at the moment have the most brutal punishments, but there are those who would like to bring them in.” The stuff about “stoning, whipping and amputations” may well have been the paper’s own interpretation of her reference to “the most brutal punishments”.

If so, that was not an unreasonable interpretation of Cox’s words, it seems to me.

The account of Cox’s speech in a Christian Broadcasting Councilpress release doesn’t contain any reference to whipping, stoning and amputations. But her warnings about the dangers of sharia law taking over the UK, as summarised in this official press release, are scarcely less paranoid than in the Sun and Mail reports. As we have already pointed out, according to the CBC’s own account of their symposium Cox and her fellow platform speaker Michael Nazir-Ali raised the following ludicrous prospect:

This doesn’t seem to be much of an improvement on the hysterical views attributed to Cox by the Sun and Mail. And given that Cox is herself vice-president of the CBC, you might have thought they could be relied upon to report her speech accurately.