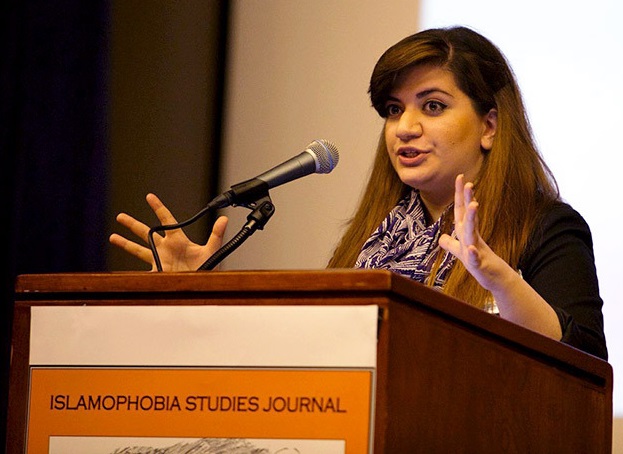 For more than seven hours Thursday, students and community members gathered at the UC Berkeley School of Law to discuss the presence of Islamophobia in culture and society.

At the Fifth Annual International Conference on Islamophobia Studies, founded and directed by UC Berkeley lecturer Hatem Bazian, attendees listened to panelists describe issues ranging from the discrimination against Muslims to the representation of Muslim women in the media.

Islamophobia is described by Bazian as “an irrational belief and hostile attitude directed toward Islam and Muslims that problematizes them as a subject matter.”

The annual conference is one aspect of the Islamophobia Research and Documentation Project, founded in response to the rise of Islamophobia in the United States and parts of Europe around the time President Barack Obama was elected, Bazian, who directs the project, said.

The project aims to establish the study of Islamophobia as an academic discipline by engaging scholars around the world with the conference. It also aims to expand the event to other countries, including France and Austria.

While the conference drew only about 100 to 150 attendees throughout the day, according to Bazian, more than 6,000 people from different countries tune in to the conference online every year. Scholars from universities around the world, such as the University of Leeds and Duke University, broadcast the event.

Sana Saeed, a journalist and panelist at the conference, said she wore a headscarf for 12 or 13 years and experienced negative comments and taunts growing up. Still, Saeed is optimistic that an emerging generation of journalists can use new media to “add nuance” to stories.

During the conference, however, Saeed also spoke of the challenges posed by new media, explaining that when stories go viral, the “speed of accountability is not the same” in comparison to other news stories, and “the damage is already done.”

Autefeh Sajjadi, a UC Berkeley senior, said she has experienced racism and hostility throughout her life, but that “it hurts more” when it comes from an educated population, such as the UC Berkeley community.

“People always say Berkeley is so liberal, but there’s still racism,” Sajjadi said. She added that she hopes people will learn more about the issue and that it should be taken more seriously in the future.

Rochelle Terman, a UC Berkeley graduate student, recognizes the connection between conferences and the availability of research studies.

“Islamophobia is an important topic to study, and conferences like these are essential to establishing research programs,” Terman said.

The conference will continue on Friday and Saturday from 9 a.m. to 6 p.m. with a benefit concert at 7:30 p.m. Friday.