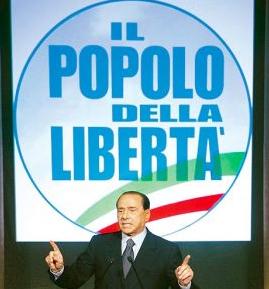 Less than a week ahead of a run-off vote in a bitterly contested mayoral race in Milan, Italian Prime Minister Silvio Berlusconi on Monday accused the opposition centre-left of wanting to turn the northern Italian city “Islamic”, overrun by Roma and foreigners.

“Milan … cannot become, at the eve of the Expo 2015, an Islamic city, a city of gypsies, full of Roma camps and besieged by foreigners to whom (the left) wants to give voting rights,” Berlusconi said. The premier’s remarks were contained in a message posted on the online site of his People of Freedom (PDL) party.

Berlusconi appealed to voters to choose Milan’s outgoing Mayor Letizia Moratti instead of the centre-left’s candidate Giuliano Pisapia – who the premier has branded an leftist extremist – in run-offs scheduled for May 28-29.

Appearing confident of victory, earlier this month Berlusconi had said that Italy’s local elections were a test of his government’s popularity two years before its mandate is due to end. However, last week in a surprise first-round result in Milan, Pisapia a former Communist forced Moratti into a run-off after capturing some 48 per cent of the vote compared to her 42 per cent.

Milan has been a stronghold for the centre-right for almost two-decades and the city is currently governed by a coalition between the PDL and the federalist and anti-immigration Northern League – a party which is also Berlusconi’s junior partner in the national government.

Moratti, a former national education minister from the PDL, says she opposes the construction of a mosque in Milan as requested by the city’s mostly migrant Muslim community. A mosque in Italy’s financial capital would “create a centre of attraction for Islamic groups from all over Italy who then would not be controllable,” Moratti said.

But Pisapia has criticised Moratti’s stance, saying that the city should cater for its Muslim community whose members are currently forced to pray in “informal” venues such as schools and garages.