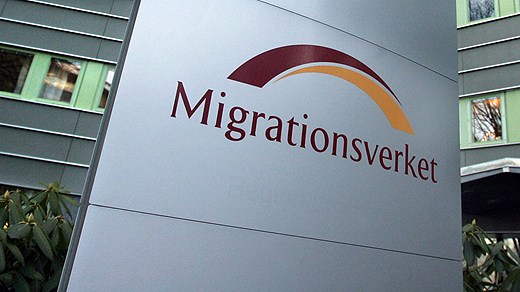 A worker at the Swedish Migration Board (Migrationsverket) who told a family of Iraqi asylum seekers that their newborn baby looked like Saddam Hussein will not lose his job over the incident, the agency’s disciplinary committee has ruled.

The man, who has worked at the agency for more than 30 years, was under investigation not only for the insulting comparison, but also for physically assaulting a female colleague and making derogatory remarks about a woman wearing a headscarf.

After a colleague of his assisted a veil-wearing woman, the man went up and asked his co-worker, “How does it feel to talk to ‘one of those’?” When his shocked colleague reported his remarks to the disciplinary committee, he responded by deliberately pushing her twice, to onlooking co-workers’ surprise.

The comparison of the baby to the former Iraqi dictator came during an interview conducted last year between the employee and an asylum seeking couple from Iraq who brought their newborn infant along to the meeting.

“Who do you think he looks like?” one of the proud parents asked the Migration Board employee. “Saddam Hussein,” the man replied. According to the man himself, this comment was intended as a joke.

However, the report filed showed that the man’s supervisor has had numerous conversations with him since 2007 about his behaviour toward colleagues and asylum seekers.

The Migration Board’s disciplinary committee has now ruled that the man is to keep his job, despite these incidents. However, he is to be transferred to another department, and punished with a loss of wages.

According to an earlier report, the man “admitted to his comments about the woman wearing a headscarf, going on to say that he didn’t think it was appropriate for women to wear veils when conducting business with public authorities”.