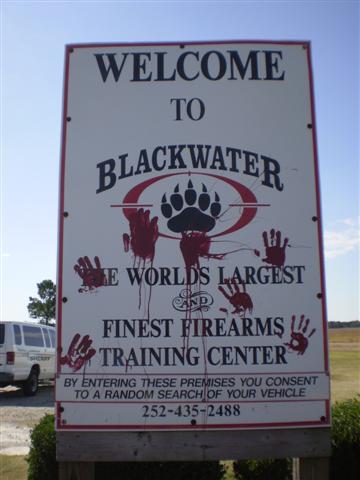 Over at The Nation Jeremy Scahill reports that former employees of Blackwater, the private military and security company that worked as a contractor for the United States government during the invasion and occupation of Iraq, have made some shocking acusations against its owner Erik Prince, including allegations of involvement in the murder of individuals who were co-operating with federal authorities investigating the company.

Among the charges against Prince is that he “views himself as a Christian crusader tasked with eliminating Muslims and the Islamic faith from the globe”, according to a declaration by one of the witnesses. The declaration continues:

“To that end, Mr. Prince intentionally deployed to Iraq certain men who shared his vision of Christian supremacy, knowing and wanting these men to take every available opportunity to murder Iraqis. Many of these men used call signs based on the Knights of the Templar, the warriors who fought the Crusades.

“Mr. Prince operated his companies in a manner that encouraged and rewarded the destruction of Iraqi life. For example, Mr. Prince’s executives would openly speak about going over to Iraq to ‘lay Hajiis out on cardboard’. Going to Iraq to shoot and kill Iraqis was viewed as a sport or game. Mr. Prince’s employees openly and consistently used racist and derogatory terms for Iraqis and other Arabs, such as ‘ragheads’ or ‘hajiis’.”