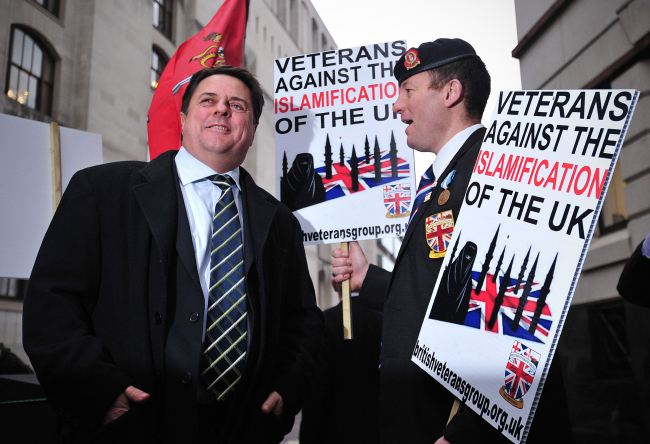 A clutch of British National Party supporters have gathered outside the Old Bailey, replete with black banners and images of the hangman’s noose, demanding the restoration of the death penalty for soldier Lee Rigby’s alleged killers.

Calling themselves “Veterans Against the Islamification of the UK”, roughly a dozen protesters stood outside the criminal court, where the two men accused of murdering Fusilier Rigby are due to appear.

Michael Adebolajo, 28, and Michael Adebowale, 22, are charged with murdering the Fusilier as he walked back to Woolwich Barracks in south-east London on May 22 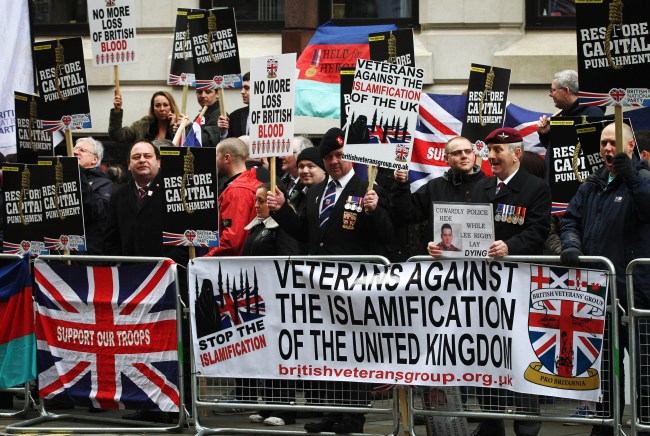