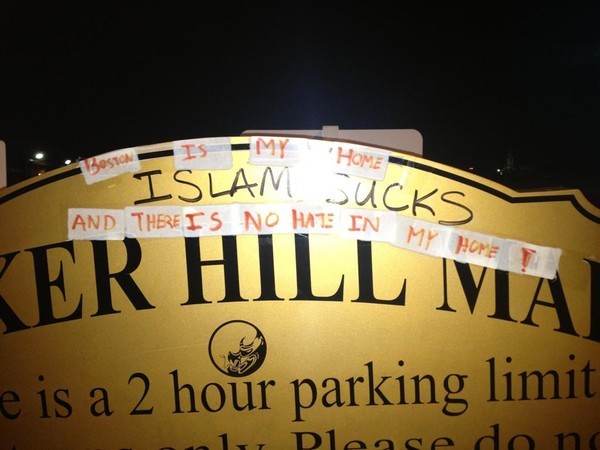 On Friday, Sept. 21, officers responded to the corner of Main Street and School Street for a report graffiti. The call that triggered the response originally reported the vandalism as anti-Semitic, but the officer found that it was instead anti-islamic. The graffiti read “Islam sucks! You rat pack Islamic rats. The Warlock. USA #1.” Police forwarded the report to the city’s public works department because it was written on city property.