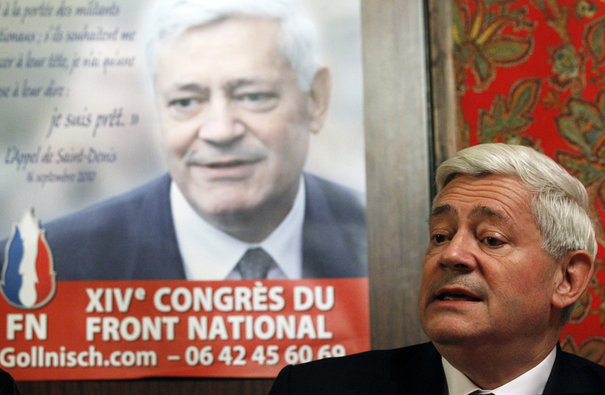 The European Parliament stripped parliamentary immunity from French far-right MEP Bruno Gollnisch on Tuesday, to enable a complaint of “incitement to racial hatred” to be investigated.

French authorities will now interview Mr Gollnisch after asking for the move, following a complaint over an October 2008 press release issued by Rhone-Alpes regional authorities near Lyon, which Mr Gollnisch led, that cited “the invasion of our land and the destruction of our culture and values” by Islam.

The International League against Racism and Anti-Semitism launched the complaint, and the European Parliament decided that, as the case related to Mr Gollnisch’s activities as a regional councillor, “applying parliamentary immunity to such a situation ‘would constitute an undue extension of those rules'”, a statement said. Lawmakers voted 511 in favour, 56 against and 65 abstentions.