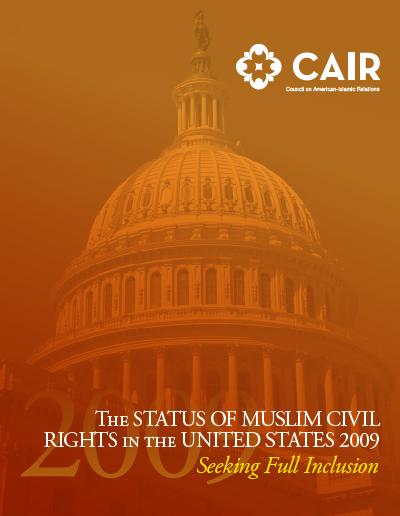 An annual report released today by a prominent national Muslim civil rights and advocacy organization shows an increase in the total number of bias-related incidents, but a decrease in anti-Muslim hate crimes in 2008.

The report by the Washington-based Council on American-Islamic Relations (CAIR), titled “Seeking Full Inclusion,” offers a summary of incidents and experiences of anti-Muslim violence, discrimination and harassment reported to the group during the 2008 calendar year. It also examines the use of Islamophobic rhetoric in the 2008 presidential election and highlights a number of issues of concern to the American Muslim community, including watch lists, surveillance of mosques and new FBI guidelines that allow religious and ethnic profiling.