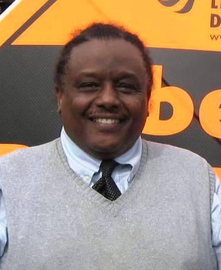 A leading Liberal Democrat whose writings about a former Muslim are the subject of an online campaign has said he “totally refutes” the allegations against him.

Ms Mahmoud, who like Dr Al Bander is of Sudanese heritage, is an atheist who criticised her upbringing under sharia law and became a leading figure in a group called the British Council of Ex-Muslims. She said she faced intimidation after she was criticised in posts by Dr Al Bander, which were picked up in media and mosques in Sudan. Afterwards, her brother was allegedly attacked.

But Dr Al Bander said he had been “utterly misrepresented”.

He told the News: “I totally refute these allegations made against me. These allegations stem from a gross distortion of my writing which has been utterly misrepresented and I will work to secure a retraction and full apology.

“I have dedicated my life to individual human rights, challenging, countering and campaigning against the very behaviour of which I am being accused. I was founder of the Sudan Human Rights Campaign and a founder member of the Sudan Organisation Against Torture.

“I abhor and condemn the persecution of both religious believers and non-believers, and consider that individuals have an absolute right to change their beliefs or non-beliefs, as they personally see fit and without outside interference.”

One suggestion is that Dr Al Bander’s words were mistaken during translation from Arabic to English.

An investigation by Cambridge Liberal Democrats cleared Dr Al Bander of any wrongdoing.

Spencer Hagard, who chairs the party in the city, said: “Having looked as fully as possible into the background of the complaints and accusations made against Dr Salah Al Bander at great length and in the greatest possible depth and having examined extensive material he has provided to me, I believe these allegations are groundless.”

Dr Al Bander came to Britain after he was arrested and deported from Bahrain when he exposed a political scandal in 2006.