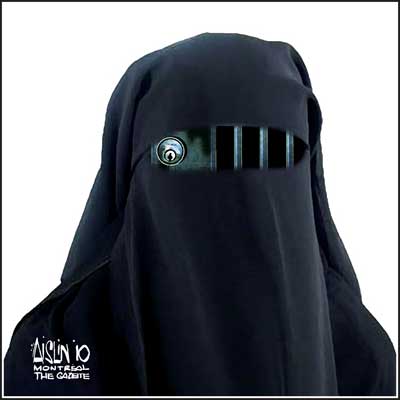 An editorial cartoon in Friday’s Montreal Gazette is highlighting a controversial incident in which a Muslim woman was asked to leave a French language school for refusing to remove her niqab.

The cartoon, by Terry Mosher, who draws under the name Aislin, shows the face of a woman in a niqab. In the space where her eyes would normally be seen, the cartoonist has shown prison bars and a lock.

In an interview with CBC News on Friday, Mosher said his intention was to argue against the woman’s stance. “In the Gazette this morning, there is actually an editorial in support of the woman, and yet my cartoon is against it,” he said. “So that is part of the discussion and I think that’s a very healthy thing.”