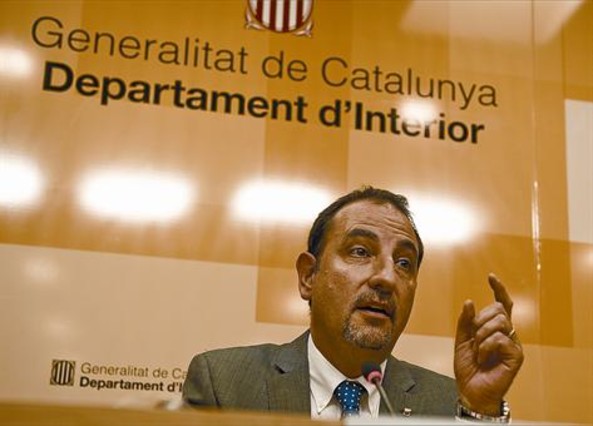 The government of Spain’s Catalonia region said on Thursday it would push ahead with a planned burqa ban after a recent European Union ruling that banning full face veils in public did not violate the human rights of Muslim women.

The Catalan Government first announced its controversial plans to control the wearing of burqas and other face-covering attire in public spaces “for reasons of public safety” in 2013. The move had nothing to do with religion and would also see the public wearing of garments including helmets and masks banned, Ramon Espadaler, Interior Minister for Catalonia, announced at the time.

On Thursday, Espadaler said the Catalan government would the begin of process of getting the bill approved in the regional parliament after the summer 2014 recess, Spain’s Cuatro TV channel reported.

The recent EU ruling that France’s ban on full-face veils like the burqa and the niqab in public was legal had opened up a “new perspective” on the proposed law in Catalonia, said the minister responding to a question in the Catalan parliament. This meant the region could now leglisate against such face covering from a human rights perspective as well from a safety angle, Espadaler said.

The minister also pointed out the Catalan government wanted to legislate on the issue because previous attempts to do so by individual Catalan towns had been thwarted by Spain’s courts.

Spain’s Supreme Court in March 2013 annulled previous burqa bans introduced by a number of municipalities, including Lleida in western Catalonia, on the grounds that local authorities do not have the jurisdiction to regulate fundamental rights. In that ruling, the court also said that the council in the mid-sized Catalan town had contravened the European Convention on Human Rights, originally signed back in 1950.

Burqas, which cover the face completely and incorporate a mesh screen to see through, are rarely seen in Catalonia. The niqab, another traditional Muslim garment, covers the face but leaves the eyes visible. In Catalonia, as in the rest of Spain and most Western countries, both the niqab and the burqa are much less commonly worn than the hijab, a square headscarf which does not cover the face at all.