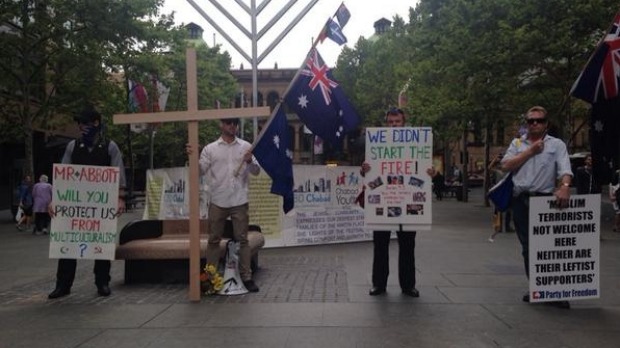 END_OF_DOCUMENT_TOKEN_TO_BE_REPLACED

Most mosques in Canada are “incubators of Islamism,” a controversial Muslim commentator told a startled parliamentary committee Monday, an assertion that was challenged by the panel.

“Any legitimacy given to them as a matter of community or political outreach only further entrenches the practitioners of Islamism disguised as religion and spreading their ideology,” Salim Mansur, a provocative University of Western Ontario academic, told a Senate inquiry into national security threats facing Canada.

He blamed imams and what he sees as the failed policy of multiculturalism for helping radicalize young Muslims and others to embrace jihadi doctrine.

“At homes and around family gatherings, political discussions abound as families remain tied to their native lands and cultures despite having settled in Canada,” said the India-born Mansur, a long-time public critic of multiculturalism.

“The exposure of Muslims on Fridays during communal prayers to sermonizing from pulpits by imams of political situations in Muslim lands and Muslims as victims of the U.S. foreign policy, of Jews and Zionism and of Hindus in India. This is a combustible atmosphere.”

His appraisal appeared to startle some senators. “I know many wonderful and amazing remarkable Muslim people, Canadians and otherwise,” said Liberal committee member Sen. Grant Mitchell. “When you say that mosques are the incubators of Islamism, surely you’re not saying that they all are?”

Mansur didn’t back down. “I don’t want to say you’re entering Potemkin village, but there’s lot of play going on when people come to worship (at) these places. And the hard reality is not shown.”

Mitchell tried again: “There’s billions and billions of non-radicalized radicalized Muslims who go to mosques frequently, pray five times day. It’s got to be more complicated than that?”

Mansur: “It is very complicated but we cannot walk away from the ugly reality that we, that I as a Muslim have been confronting all my life.

“The young people and others are not breathing in the bacteria of radicalization in the air. They do get that bacteria virus somewhere and one of the areas is the mosque. And because the mosque has that symbol of sacredness to it no one from the outside wants to question it.”

END_OF_DOCUMENT_TOKEN_TO_BE_REPLACED 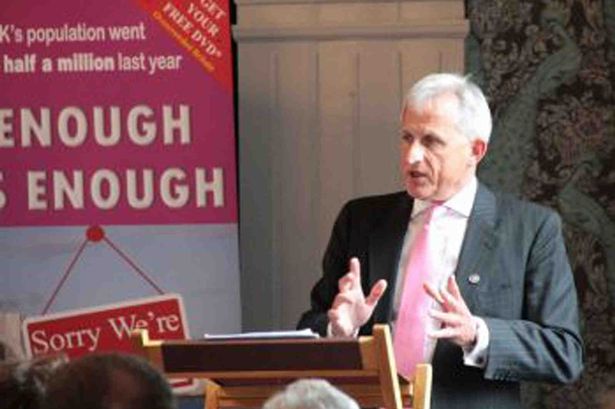 No further action has been taken by Ukip against one of its Welsh parliamentary candidates who condemned diversity and the notion of a multicultural society.

In October the party said that Martyn Ford, who will stand in Swansea West at next May’s general election, would be reported to its national executive committee. But now Ukip says there was no need to do that because he had already been given a “final warning” before we raised the contents of a leaflet distributed in the constituency.

The leaflet stated: “Islamic terror. Abuse of our children. The consequence of multiculturalism.” It went on to quote critical remarks made by Mr Ford about Muslims, immigration and the “political elite”.

END_OF_DOCUMENT_TOKEN_TO_BE_REPLACED

Muslims are facing the worst job discrimination of any minority group in Britain, according to new research which found that they had the lowest chance of being in work or in a managerial role.

Muslims were the most disadvantaged in terms of employment prospects out of 14 ethno-religious groupings in the UK, researchers Dr Nabil Khattab and Professor Ron Johnston found using data from the Office for National Statistics’ Labour Force Survey of more than half a million people. Skin colour made little difference to the figures.

Dr Nabil Khattab, of Bristol University, said the situation was “likely to stem from placing Muslims collectively at the lowest stratum within the country’s racial or ethno-cultural system due to growing Islamophobia and hostility against them.

“They are perceived as disloyal and as a threat rather than just as a disadvantaged minority,” he added. “Within this climate, many employers will be discouraged from employing qualified Muslims, especially if there are others from their own groups or others from less threatening groups who can fill these jobs.”

END_OF_DOCUMENT_TOKEN_TO_BE_REPLACED

A Ukip parliamentary candidate who distributed a leaflet condemning diversity and the notion of a multicultural society is to be disciplined by the party.

But Martyn Ford has not been suspended as the candidate for Swansea West and his case is unlikely to be considered before late next month.

The leaflet states: “Islamic terror. Abuse of our children. The consequence of multiculturalism.” It goes on to quote critical remarks made by Mr Ford about Muslims, immigration and the “political elite”.

A Ukip spokesman said: “This flyer was submitted for approval by the party, but it was deemed inappropriate. It was distributed nonetheless. We will be taking the appropriate action.”

It is understood that Mr Ford will be reported to Ukip’s national executive under the party’s disciplinary process, but that is not likely to be until late November.

END_OF_DOCUMENT_TOKEN_TO_BE_REPLACED 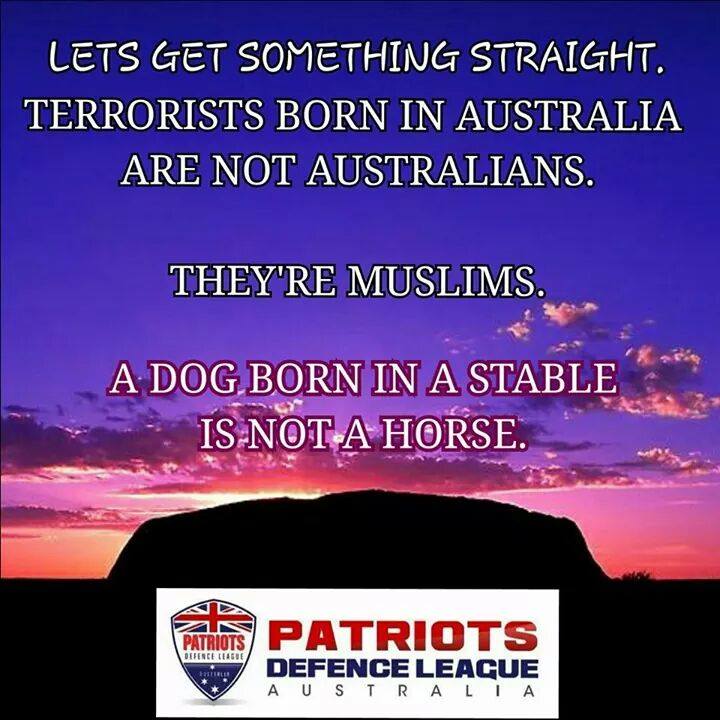 Islamic leaders in south-east Queensland say they are being targeted by an increase in hate crimes, following an increase in the terror threat level and the arrests of two people allegedly linked with fighting in Syria.

Logan mosque spokesman Ali Kabri said that overnight on Saturday, someone left pamphlets outside the mosque filled with abusive language and photographs, saying Australian Muslims were not welcome in the country.

In the past few days officials also discovered a photo of the Mecca and a photo of a pig’s head close by. It followed an incident two months ago when body parts of a pig were found outside the mosque.

END_OF_DOCUMENT_TOKEN_TO_BE_REPLACED 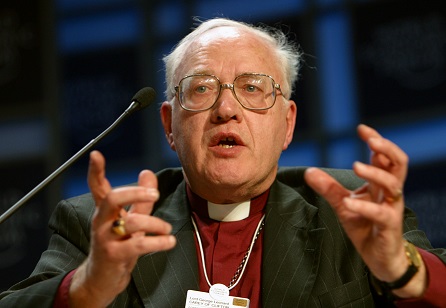 Multiculturalism has resulted in honour killings, female genital mutilation and rule by Sharia law, a former Archbishop of Canterbury has claimed, as he called for Britons fighting with Isil to be “banished” from the country.

Lord Carey of Clifton said Muslim communities must “discipline” their young people or see them “banished” from Britain after leaving to fight in Syria and Iraq. Islamic leaders in Britain have failed to clearly denounce religious fanatics in the wake of the murder of James Foley by a suspected British jihadist, he suggested.

Britain must “recover a confidence in our nation’s values”, Lord Carey wrote in the Mail on Sunday.

“For too long we have been self-conscious and even ashamed about British identity. By embracing multiculturalism and the idea that every culture and belief is of equal value we have betrayed our own traditions of welcoming strangers to our shore. In Britain’s hospitable establishment different beliefs were welcomed but only one was preeminent – Christianity.

“The fact is that for too long the doctrine of multiculturalism has led to immigrants establishing completely separate communities in our cities. This has led to honour killings, female genital circumcision and the establishment of sharia law in inner-city pockets throughout the UK.”

END_OF_DOCUMENT_TOKEN_TO_BE_REPLACED

The fact is that extremism has flourished in a climate formed by the twin strategies of mass immigration and multiculturalism. Open borders have led to a phenomenal expansion in Britain’s Muslim population to almost three million, many of the new arrivals hailing from parts of Africa, the Middle East and Asia where Islamic sectarianism is rife.

At the same time the dogma of cultural diversity has become one of the central obsessions of the state. We are constantly told that we must celebrate the vibrant enrichment of our society. But, by its emphasis on cultural differences and its loathing for traditional British values the doctrine of diversity has been a catastrophe for Britain.

In place of integration it has promoted division and separatism. We are a land increasingly without a mutual sense of belonging or shared national identity. It is little wonder that, according to one recent survey, 26 per cent of Muslims here said they feel no loyalty to Britain.

Enthusiasts for multi-culturalism love to blather about tolerance, yet it is richly ironic that their pernicious creed has promoted intolerance, misogyny and reactionary oppression. In predominantly Muslim areas diversity means the triumph of the burka, sharia law, fundamentalism in state schools and a reluctance to speak English.

A typical rant from Leo McKinstry in the Daily Express, 22 August 2014

Hilal Elver, author of The Headscarf Controversy: Secularism and Freedom of Religion, examines last month’s ruling by the Grand Chamber of the European Court of Human Rights affirming France’s ban on the wearing of the full-face veil in public. She writes:

By now, it is clear that Article 9 of the European Convention does not protect freedom of religion when the subject is a woman and the religion is Islam…. The ECHR acted politically and opportunistically not to challenge France’s strong Republicanism and principles of laicité, sacrificing the rights of the small minority of Muslims who wear the full-face veil. Rather than protecting the individual freedom of the 2000 women, the ECHR protected the majority view of France.

The ECHR is the most powerful supra national human rights court and its decisions have widespread impact. Several countries in Europe, such as Denmark, Norway, Spain, Austria, and even the UK, have already started to discuss whether to create similar laws banning the burqa in public places. This raises concerns that cases related to the cultural behavior and religious practices of minorities could shift public opinion dangerously away from the principles of multiculturalism, democracy, human rights and religious tolerance.

The most recent law bans the full-face veil, but tomorrow, the prohibitions may be against halal food, circumcision, the location of a mosque or the visibility of a minaret; even religious education might be banned for reasons of public health, security or cultural integration. 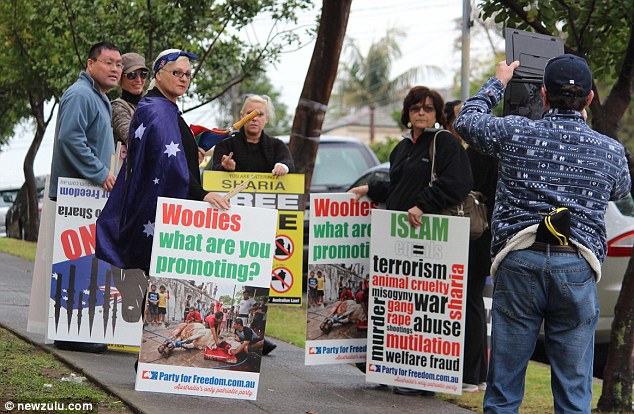 A small group of eight people from the racist, far right “Party For Freedom” held a protest outside Woolworth’s supermarket in Marrickville on July 26. They were objecting to a sign saying “Happy Ramadan” the store had put up earlier in the week.

The Party for Freedom is a newly formed group that grew out of the white nationalist Australian Protectionist Party. It campaigns against multiculturalism, wants to “halt Muslim and third world immigration”, encourage “culturally compatible migrants” especially from Europe and North America, and wants Australia to withdraw from the UN refugee convention.