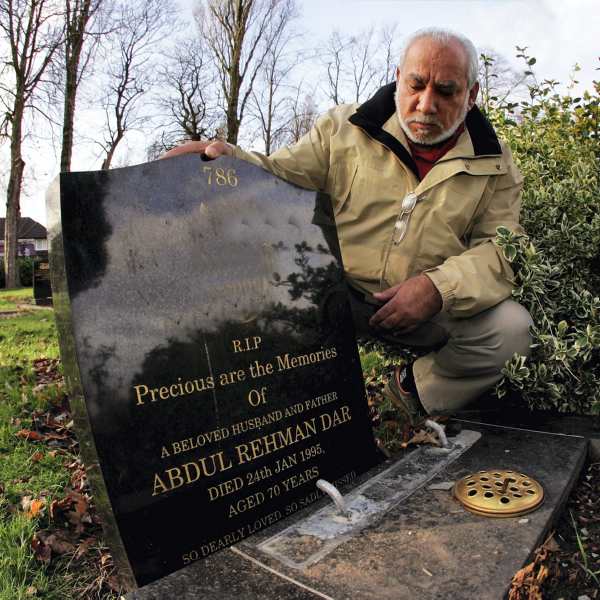 CCTV cameras and security lights have been installed at a cemetery in a bid to stop attacks on Muslim graves.

The move comes after racists were blamed for vandalising headstones four times over the spaces of three months. The camera and light have now been installed on a pole overlooking the Muslim section of Southern Cemetery on Barlow Moor Road, Chorlton.

The move was welcomed by relatives of those whose graves were damaged. “I’m delighted – this is the best new year’s present I could have hoped for,” said Habib Dar. His father Abdul Rehman Dar’s grave was toppled in one of the attacks. “Hopefully this will stop any more vandalism. I would like to thank the police for this because now something is being done about the vandalism which has taken place.”

Mark Krantz, a campaigner for Chorlton Unite Against Fascism, who have organised peace vigils at the cemetery, said: “It’s a sad indication that we have to have CCTV cameras to protect our graves, but after four attacks it’s probably necessary. If it does help deter people from more vandalism that’s a good thing. Sadly what CCTV can’t do is address a wider climate of hatred against Muslims by a small minority in our community.”