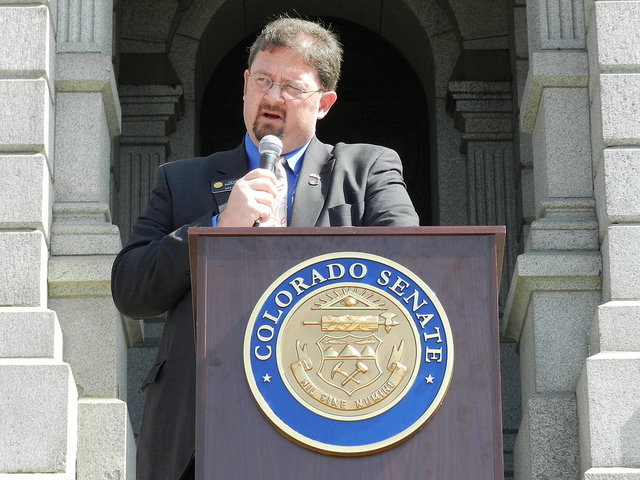 Last weekend, the Dutch Islamphobic politician Geert Wilders spoke to a conservative conference hosted by a Christian university in Colorado. The anti-Muslim firebrand served up his usual fare: Islam is not a religion but a “totalitarian ideology,” multiculturalism must be stopped, U.S. courts must end immigration from Muslim countries and mosque construction must be banned.

According to a report on the event in the Colorado Statesman, conservatives at the conference took Wilders’s words to heart, as well as those of fellow anti-Muslim conspiracy theorist Frank Gaffney.

Former Republican State Senate president John Andrews, who heads up an institute at the university that held the event, told the crowd, “After you hear from Frank Gaffney and our friend from across the Atlantic, Geert Wilders, you’ll know why I just say ‘the threat of Islam'” – as opposed to “radical Islam” or “extremism.”

Current Republican State Senator Kevin Grantham took on Wilders’s message that the West “should forbid the construction of new mosques.” Asked about the proposed ban, Grantham told the Statesman he was for considering it:

You know, we’d have to hear more on that, because, as he said, mosques are not churches like we would think of churches. They think of mosques more as a foothold into a society, as a foothold into a community, more in the cultural and in the nationalistic sense. Our churches – we don’t feel that way, they’re places of worship, and mosques are simply not that, and we need to take that into account when approving construction of those.