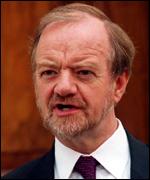 Former foreign secretary Robin Cook has claimed the war in Iraq was a recruiting sergeant for al Qaeda. Amid a political row over whether the London bombings can be linked with the 2003 conflict to overthrow Saddam Hussein, the Labour MP said there was a correlation between the war and the level of suicide bombings. “The problem is that we have handed al Qaeda an immense propaganda gift, one that they exploit ruthlessly,” he told the BBC News 24 Sunday programme.

Cook called on the prime minister to take steps to reduce the causes of tension within the Muslim community and set a timetable for the withdrawal of British troops from Iraq. “The Muslim leaders who, quite rightly, are being asked to confront fundamentalism and fanaticism in their own community are also entitled to say to Tony Blair ‘You have got to help us by removing the issues that contribute to the tension’, because if there is one issue that makes it difficult for young Muslims to support this government it is Iraq,” he said.