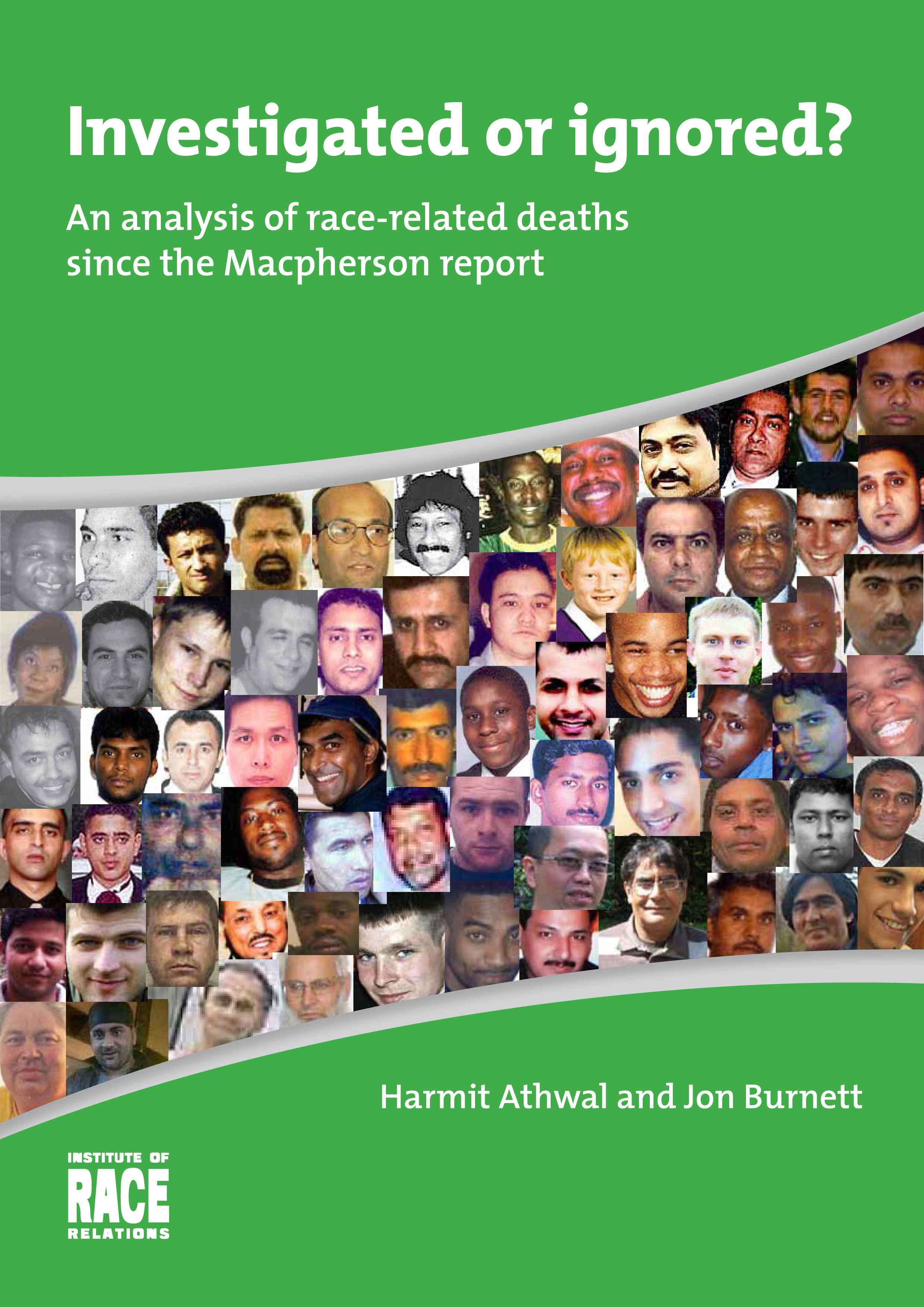 Police and the Crown Prosecution Service (CPS) have “filtered out” allegations of racism from dozens of murder and manslaughter cases that have come before the courts in the last 10 years, a damning report has found.

Since 2000, judges have had a duty to hand down harsher sentences for any offence that can be shown to have been racially or religiously aggravated. But researchers from the think-tank the Institute of Race Relations (IRR) analysed 93 deaths with a known or suspected racial element since the new law came into effect, and found that in more than half of cases, evidence of the defendant’s motivation was stripped out during the investigation or prosecution process.

The report concludes that the criminal justice system still does not have a clear enough understanding of how racism is a contributory factor to serious crime and suggests it is too often being disregarded. “It [racism] has to be at its most overt and brutal – and uncontaminated by any other external factor – to be accepted by the criminal justice system,” the report concludes.

Among the 93 deaths investigated was that of Asaf Mahmood Ahmed, a 28-year-old Pakistani man killed in Bolton in 2007. Mr Ahmed died from an asthma attack brought on by an unprovoked attack from two drunken white teenagers. Such was the extent of his injuries that a woman who came to his aid could not tell the colour of his skin.

The police treated the attack as racially motivated, and the judge, when sentencing the attackers, said: “I have no doubt the pleasure you derived at the time of the assault was all the greater because the victim happened to be Asian.” But the CPS did not prosecute the murder as racially motivated because the teenagers had earlier attacked a white man. However, it did acknowledge that one attacker in particular had “a very nasty attitude to Asian people”.

In another case, a Pakistani delivery driver was stabbed to death by a white man during a robbery in North Yorkshire. Before the murder, the killer told a witness that he “might do that Paki”, and when she asked him why, his response was: “[Because] I can.” The prosecution chose to drop the allegation that the murder was racially motivated.

In its research paper, the IRR said there was evidence that police, prosecutors and courts did not take into account a racial motive – particularly if it was circumstantial and not necessarily the primary cause of the crime.

“Where there are convictions, the racially motivated aspect of cases is often being filtered out by the police, the CPS and the judiciary, through a combination of a failure to understand the broader context within which racist attacks are carried out, an unwillingness to recognise racial motivation, [or] the reclassifying of racist attacks as disputes, robberies or other forms of hostility,” the report said. “The over-strict interpretation of the legal provisions for racial motivation may be inhibiting the [racial] charging of perpetrators and in fact removing the racial basis of a crime from the courtroom.”

Jon Burnett, one of the report’s authors, said that despite attempts to improve the handling of racially aggravated crime in the wake of the Stephen Lawrence case, there were still flaws in the system. “In some of the cases we looked at, it appears that the police either didn’t understand racism or were indifferent to it as a motivating factor,” he said.

The CPS defended its handling of such cases: “We fully recognise the corrosive effect that hate crime has on both society and victims. When there is evidence to suggest that an offence was motivated by racial hatred, we will bring this to the court’s attention. Approximately 10,000 racially or religiously aggravated offences have been successfully prosecuted every year since we began monitoring these cases in 2007-08 and our conviction rate for these offences was 84.1 per cent in 2011-12.”