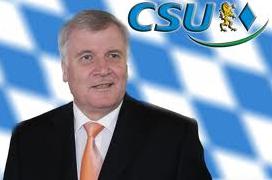 The Bavarian Christian Social Union (CSU) voted to take a tough stance against immigrants who fail to integrate into German society at a party conference in Munich on Saturday.

Included in a new seven-point plan were proposals for “unspecified sanctions for parents who hinder their children from integrating into the German way of life or who themselves decline to integrate by learning German”.

The plan, which stipulates that permanent residents must accept a “leading” role for German culture in society, was approved unanimously.

Speaking at the conference, party leader Horst Seehofer denied claims that he was pandering to the extreme right following controversy over his call for an end to immigration from alien cultures – in particular from Islamic countries.

German values were “based on Christianity and rooted in Judaism,” Seehofer added. “They are not informed by Islam and that must remain the case.”