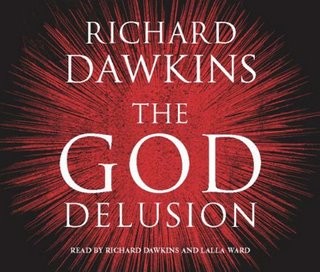 Devout Muslims are importing creationist theories into science and are not being challenged because of political correctness, one of the country’s most famous scientists said tonight.

Professor Richard Dawkins argued that as a result teachers were promoting the “mythology” of creationism over the science of evolution.

Professor Dawkins, a geneticist and author of the best-selling book The God Delusion, said:

“Islam is importing creationism into this country. Most devout Muslims are creationists – so when you go to schools, there are a large number of children of Islamic parents who trot out what they have been taught. Teachers are bending over backwards to respect home prejudices that children have been brought up with. The Government could do more but it doesn’t want to because it is fanatical about multiculturalism and the need to respect the different traditions from which these children come.”

He added: “It seems as though teachers are terribly frightened of being thought racist. It’s almost impossible to say anything against Islam in this country because if you do you are accused of being racist or Islamophobic.”

On the other hand, there are those of us who would argue that paranoid delusions about the impact on educational policy of a minority faith community who comprise less than 3% of the population of the UK are quite accurately categorisable as Islamophobia.

See also the Daily Telegraph, which reports: “Prof Dawkins said the failure in classrooms meant religious fanatics had a chance to get hold. ‘Because we are all brought up to respect faith, it leaves open a gap through which fanatics can charge’, he said.”

Update:  Predictably, Dawkins’ views are approvingly reproduced by the British National Party. Of course, the BNP’s own position is that they’re defending “Christian civilisation” against Islam. But they’re prepared to overlook minor differences like that when it comes to whipping up hatred against Muslims.