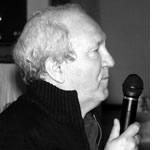 “The effort to silence the head of the Catholic Church is a grim joke, but not one to laugh at. Secularist glee at the sight of the Pope being anathematised in this clash of two, mutually exclusive, ‘infallible’ religions, needs to be tempered with awareness of the seriousness of the situation which is summed up in the outcry against the Pope. (As it was in the recent Muslim outcry against the Danish cartoons.) If the spiritual absolute monarch of a billion and a quarter Catholics can be treated like that, the cause of free speech and freedom to criticise religion, is surely in a very bad way….

“The right to secular free speech, and the right to write and publish freely (under the laws against incitement to violence, and the laws of libel) is taken for granted in the western bourgeois countries. It is written into the constitution of the USA. It had to be won in centuries of struggle…. Today, militant, and even, comparatively speaking, some varieties of ‘moderate’ Islam, oppose all of that…. Now, we have reached the stage where the revelation, which should surprise nobody, that the Catholic Pope doesn’t like Muhammad, or Islam, that he thinks his own religion better, the true religion, and says so, more or less, unleashes organised, obstreperous outrage across large parts of the globe! He is forced to deny that he said what he said, and what he clearly intended to say!

“… I repeat: if political Islam can do that to the Bishop of Rome, what can it not do to secularists, male and female sexual rebels, infidels, apostates from Islam, and socialists in the countries where it is dominant, and in the communities in Western Europe where it is immensely powerful? What does it do? Everywhere it is repressive, often murderously.

“It is to give to George W Bush and Tony Blair too much credence to conclude that because they talk of a clash of civilisations, there is no problem. Yes, there is! … Political Islam exerts a relentless pressure, in part by way of its ability to intimidate and cow the invertebrate ‘liberals’. The demands that their religion, its prophet, its doctrine and its practices, should be above the criticism, mockery and contempt of non-Muslims needs to be resisted and defied.”