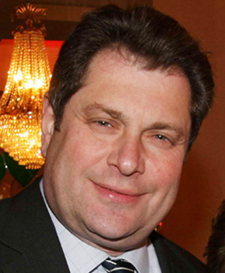 Assemblyman Alec Brook-Krasny is breaking ranks with his Russian-speaking base by tossing his weight behind the controversial Sheepshead Bay mosque – a move that community leaders say could wreck his re-election bid because the shrine isn’t even in his district.

Brook-Krasny – a Democrat whose area covers Coney Island and Brighton Beach, as well as parts of Bay Ridge and Dyker Heights, but none of the bay – gave his backing to the rising, four-story structure on Voorhies Avenue between E. 28th and E. 29th streets while speaking at an Arab-American Association of New York candidate forum in Bay Ridge on Oct. 11.

The lawmaker, himself an ex-Soviet Jewish emigre, said he supported the mosque’s construction for personal reasons. “As people who came here for religious freedom, how can we deny religious freedom to another group?” Brook-Krasny told the largely Middle Eastern audience at PS 170 on Sixth Avenue between 71st and 72nd streets. “If we start taking freedoms from certain groups, we are no longer the country of the American Dream.”

The stance puts him at odds with ex-Soviet Jews, many of whom belong to the Bay Group, which has long-battled the moque’s construction in court, warned one Russian media mogul who added that Russian-speaking immigrants can be one-issue voters. “I wouldn’t tell any politician who wants Russian votes to take a position that’s pro-mosque,” said Gregory Davidzon, owner of Davidzon Radio. “People will vote against anyone who openly supports the mosque.”

Brook-Krasny said he’s already feeling the heat from his constituents. “I have been grilled for my position,” said the assemblyman, who added he won’t be backing down. “I have three mosques in my district, and they are fine people, hard-working people – it’s not fair and it’s not right.”