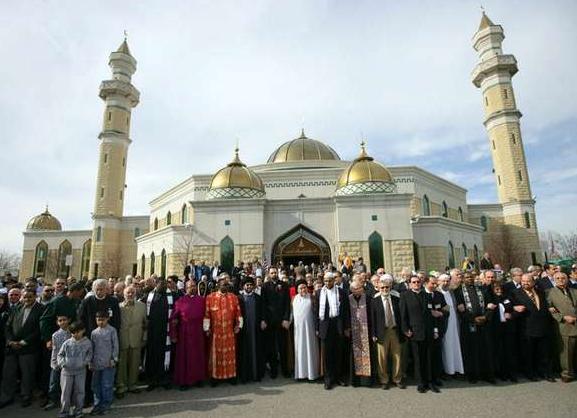 With some of metro Detroit’s biggest political and religious leaders united behind Muslims in Dearborn, Florida Pastor Terry Jones is expected to appear in court this morning for a jury trial that could determine whether he can hold a rally at the largest mosque in the city.

This “bigot does not represent” us, Imam Hassan Al-Qazwini, head of the Islamic Center of America in Dearborn, declared to a crowd of about 700 on Thursday at a rally that drew U.S. Rep. John Dingell, a Dearborn Democrat, and the local heads of the Catholic and Episcopal churches.

Al-Qazwini’s mosque is where Jones wants to rally today against what he calls “the radical element in Islam.” Jones appeared in court Thursday and refused to post a bond for the massive security effort Dearborn says it would have to deploy if Jones were allowed to rally. The judge then ordered the trial.

As Jones addressed reporters during a chaotic day, Dearborn residents shouted at him. “Shame on you!” yelled Leyla Abdul-Ghani, 40, who is Muslim. “We are decent, hardworking people.”