That’s the headline to a report in the Daily Mail. The subject of the article is an unpleasant individual from Burnley named Jubel Miah, who was sent to a young offenders’ institution in 2010 for possessing heroin with intent to supply and has just been jailed after being convicted of assaulting his wife.

The Mail offers no evidence whatsoever to back up its claim that Miah is a “devout Muslim”. Since when have drug-dealing and wife-beating been the mark of a religiously observant individual? The purpose of the headline (a variant of which has also appeared in the Telegraph) is clearly to associate Islam with violence and criminality. 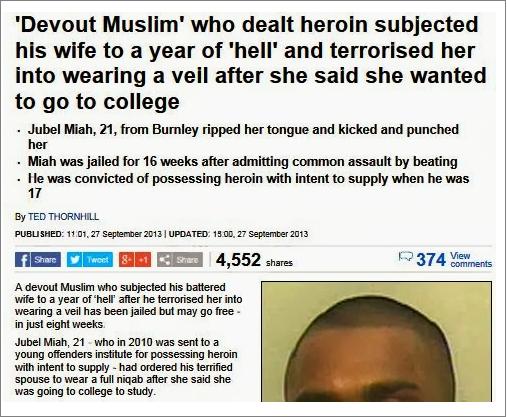