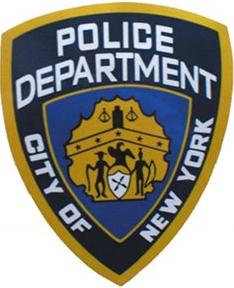 The New York Police Department recommended increasing surveillance of thousands of Shiite Muslims and their mosques, based solely on their religion, as a way to sweep the Northeast for signs of Iranian terrorists, according to interviews and a newly obtained secret police document.

The document offers a rare glimpse into the thinking of NYPD intelligence officers and how, when looking for potential threats, they focused their spying efforts on mosques and Muslims. Police analysts listed a dozen mosques from central Connecticut to the Philadelphia suburbs. None has been linked to terrorism, either in the document or publicly by federal agencies.

The Associated Press has reported for months that the NYPD infiltrated mosques, eavesdropped in cafes and monitored Muslim neighborhoods with plainclothes officers. Its spying operations were begun after the 2001 terror attacks with help from the CIA in a highly unusual partnership.

The May 2006 NYPD intelligence report, entitled “US-Iran Conflict: The Threat to New York City,” made a series of recommendations, including: “Expand and focus intelligence collections at Shi’a mosques.”

The NYPD is prohibited under its own guidelines and city law from basing its investigations on religion. Under FBI guidelines, which the NYPD says it follows, many of the recommendations in the police document would be prohibited.

The report, drawn largely from information available in newspapers or sites like Wikipedia, was prepared for Police Commissioner Raymond Kelly. It was written at a time of great tension between the U.S. and Iran. That tension over Iran’s nuclear ambition has increased again recently.

The secret document stands in contrast to statements by Mayor Michael Bloomberg, who said the NYPD never considers religion in its policing. Kelly has said police go only where investigative leads take them, but the document described no leads to justify expanded surveillance at Shiite mosques.