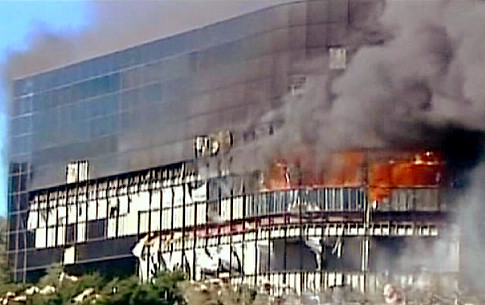 The Council on American-Islamic Relations (CAIR), along with other national Muslim organizations, today held a news conference in Washington, D.C., to express concerns over a perceived double standard on the use of the label “terrorism” as it relates to acts of political violence committed by people who are not Muslims.

“American law defines ‘terrorism’ as ‘premeditated, politically motivated violence perpetrated against non-combatant targets’ or as ‘the unlawful use of force against persons or property to intimidate or coerce a government, the civilian population, or any segment thereof, in furtherance of political or social objectives.’

“When an act that fits these definitions is carried out by a Muslim individual or group, there is and should be no hesitation in labeling that act ‘terrorism.’

“Regrettably, when an act fitting the legal definitions of terrorism is carried out by someone who is not Muslim, there seems to be a general reluctance on the part of commentators, public officials and law enforcement agencies to use the term.

“Last week’s attack on the IRS office in Texas perfectly fits either legal definition of terrorism, yet it has not been labeled as such. This apparent double standard only serves to render the term ‘terrorism’ meaningless and imbues it with a sense of religious and ethnic bias that is both counterproductive and offensive.”