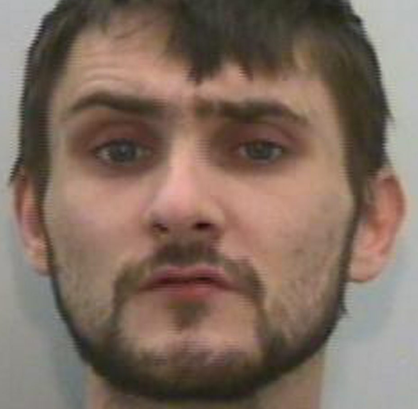 A drug dealing English Defence League supporter slashed two men with a cut throat razor during a brutal gang attack at a pub.

Twenty-six year-old Marcus Ward went on the run for two-and-a-half years following the attack in March 2010, only handing himself in to police in September last year.

Judge Jonathan Foster QC branded Ward a “dangerous man” at Manchester’s Minshull Street Crown Court as he jailed him a total of 11 years.

Ward and fellow supporters of the far-right organisation visited the Oddfellows in Middleton following a march in Bolton. But the gang, who were wearing English Defence League clothing and carrying EDL flags, were asked to leave the Oldham Road pub by the concerned landlord due to their rowdy behaviour. When the landlord went outside to explain why he had asked them to leave he was punched and kicked in the face.

Two bystanders went to help the landlord, when Ward, formerly of North Street, Boarshaw, assaulted them with a cut-throat razor. One victim was left with a 15cm cut to the back of his head and a cut lip. The other suffered slashes running from his left shoulder to his back. One wound was so serious he needed surgery.

The court was told Ward was one of eight children raised by a father who was described by the judge as a violent “habitual criminal”, after his mother left home when he was four years old.

Ward was on bail for firearms offences at the time of the attack. He was caught with a pistol and a sawn-off shotgun with rounds of ammunition during a police search of his former home. Police also found an air rifle, a crossbow, a machete, £5,413 worth of cannabis, £160 in cash, a dealers’ list and some snap bags.

Ward, who admitted that he did sell drugs to friends, but said it wasn’t on a large scale, said: “He was pretty strict my old man and whatever he said went. I didn’t feel that I could refuse his request.”

After sentencing Detective Inspector Andy Butterworth said: “This is a dangerous individual who was pursued relentlessly by the police.”