A contentious leaflet, distributed by the Conservative Party, has been slammed by Labour councillors.

The leaflet, which was sent out by the Tory party this week, in a last ditch attempt for votes, highlighted the controversial issue of the Dudley Mosque, which was rejected by High Court last month and suggested the Labour Party would be in favour of it if elected.

In his winner’s speech, new councillor for Gornal, Dave Branwood, condemned the election literature, saying: “The Tory party should be ashamed and embarrassed about it.”

While Shaukat Ali, the new Deputy Leader of the Council, compared the Conservative Party to the EDL and BNP in his speech, saying: “It is a real sad state of affairs when you get a major party stoop so low by putting all these leaflets out, showing their desperation. We need to work together to promote Dudley as a borough.” 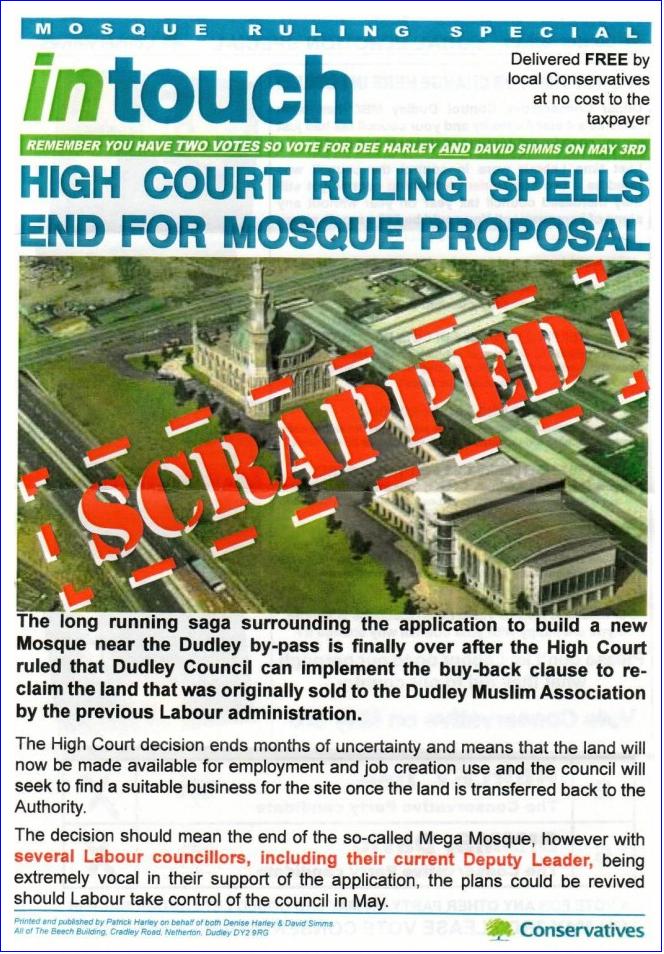