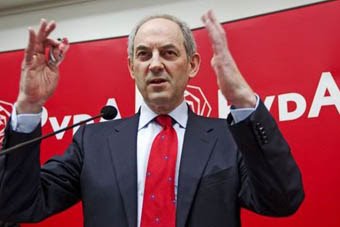 Muslims are excluded from present-day Dutch society, as also happened with Jews in the 1930s, in the view of Labour (PvdA) leader Job Cohen.

Cohen drew the controversial comparison in an interview withVrij Nederlands weekly. He links his views to the rise of Geert Wilders. In reaction, the Party for Freedom (PVV) leader rejected Cohen’s criticism as “disgusting.”

Cohen, himself Jewish, recounts how his mother experienced around the time of the outbreak of the Second World War that Jews were slowly being excluded. He also sees this alienation now in society.

“The PVV simply says to the Muslims: we would prefer for you to go away. But you cannot blame Islam for the extremism. There are so many Muslims that just want suburban contentment and nothing else. These people are now afraid of the fact that Wilders is part of the power structure.”

Cohen’s comparison of Muslims now with the Jews in the 1930s is “too disgusting and abject for words,” according to Wilders. “Combating Islamisation and harsh tackling of criminal Moroccans, for example, is cleaning up the mess that was actually caused by Cohen’s PvdA of poultices and palliatives, tea-drinking and keeping things together. Cohen has now really lost the plot, hitting out around him in a panic.”